On the factory floor, an entire world of IoT applications is possible

As computers grow more advanced, we use them in more applications, install them on more devices, and link them together. For IoT usage in food and beverage industry, there are key points to keep in mind, according to John Carnevale, market manager for food and beverage at Rittal.

Because nearly every machine or device is capable of connecting to each other with a chip or sensor, IoT makes it possible to gather data from virtually every part of a plant, office or retail setting. “Companies can employ data both reactively and proactively,” says Carnevale. In addition, FDA now requires at least two years’ worth of data from food and beverage companies under FSMA.

Many processors use IoT for collecting the data FDA and FSMA require and stop there. However, there is far more potential. “Imagine if a company could keep track, in real-time, of operations, from the farm, in transport to the factory, on the plant floor, in transport to retail establishments, on retail shelves, and who ultimately purchases the finished product,” says Carnevale. “Farmers have the capability of providing data on growing conditions, crop yields, harvesting time, holding time and labor required. Transport trucks could be tracked real time to ensure quick delivery, proper shipping conditions such as temperature and humidity levels, road safety and many other conditions.”

On the factory floor, an entire world of applications for IoT is possible. It allows companies to know how long a product spent in warehousing, preparation, cooking or other processing, in machinery, packaging, quality control etc. “Every part of your company’s process, every single room, machine and worker could constantly update data on what they are doing and how they are doing it,” he states.

All that data may seem like a good thing, but it can also be overwhelming. Carnevale thinks food companies should start small. Data focused on efficiency and productivity is often a good starting point. “Consider, for example, tracking worker movements via simple transmitters in safety helmets," he says. “That way, not only can you ensure workers wear safety helmets, you can see where work bottlenecks are and how to resolve them.”

Another example is knowing the uptime and downtime of vital equipment. “Building upward, you can start collecting data from all ovens if you are a baker, instead of just a larger, heavily used one, and from more mixers, proofing boxes or rooms, and other parts of your operation.”

Eventually, your company could be so well-versed with IoT that you could have almost every part of your in-house operation providing useful data as you need it. Then you can start branching out to the other areas of the food industry mentioned above, such as farmers, shipping companie, and retail establishments, Carnevale says.

The data your company collects through sensors, machines, computers and other connected devices is likely to be highly sensitive. As soon as you get or connect a new device, make sure to change the default password to something you can remember, but that is hard for others to guess. Change passwords often, and make sure all software and firmware on every device is up-to-date.

Even though it is called the “Internet” of Things, you do not necessarily have to use the Internet. Using a local intranet for may be a wise choice.

Keep in mind that there is nothing quite like a pair of human eyes and ears to keep tabs on your operations, Carnevale adds. Manual checks and balances of both people and equipment are still vital. Things like fault-tree analyses and risk assessments still matter. Training workers to understand and use new sensors, computers and devices is essential. 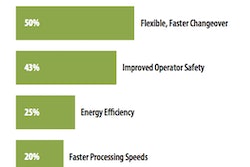 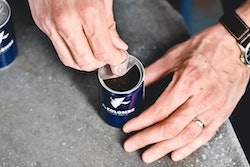 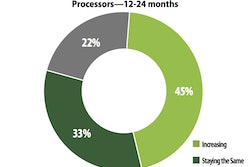