A decline of 2.4 percent is attributed to a slight drop in material collected for recycling, changing export markets and increased contamination of recyclables. 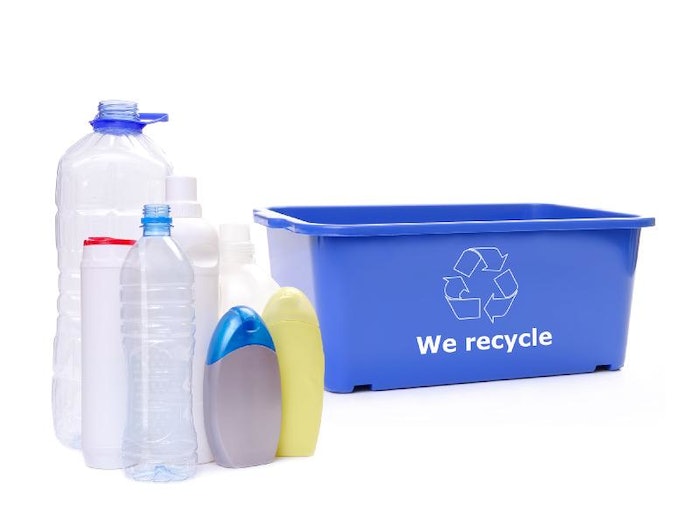 Plastic bottle recycling remained strong in 2016, but declined slightly, slipping 2.4 percent to just over 2.9 billion pounds, according to figures released jointly by the Association of Plastic Recyclers (APR) and the American Chemistry Council (ACC). The “27th Annual National Postconsumer Plastic Bottle Recycling Report” indicates the overall recycling rate for plastic bottles for the year was 29.7 percent, down from 31.1 percent in 2015.

The five-year compounded annual growth rate for plastic bottle recycling was 2.1 percent. Following more than 20 consecutive years of growth, factors that contributed to the recent decline include a slight drop in material collected for recycling, changing export markets and increased contamination of recyclables. In addition, growth in the use of plastic bottles in packaging was offset by continuing progress in lightweighting and increased use of concentrates with smaller, lighter bottles.

In 2016, PET recycling decreased by 44 million pounds.The collection of high-density polyethylene bottles, which includes bottles for milk, household cleaners, and detergents, fell by 31.7 million pounds (2.8 percent) to just over 1.1 billion pounds for the year. The recycling rate for HDPE bottles slipped from 34.4 percent to 33.4 percent.

“Some U.S. recyclers are seeing these short-term challenges as opportunities to innovate and invest in our plastics recycling infrastructure,” says Steve Alexander, president of APR. “The key to continued growth lies in improving our sorting and collection technologies to deliver consistent, high-quality yields that strengthen our global competitiveness.”

“Plastics recycling has a track record of long-term growth spanning 25 years,” says Steve Russell, ACC’s vice president of plastics.“Post-use plastics are valuable materials that have weathered many cycles and different growth factors. From resin suppliers to recyclers to brand owners, the plastics value chain is working together to continue to create new opportunities and long-term solutions.”

This year’s survey found the collection of polypropylene bottles rose nearly 15.3 percent to reach 36.6 million pounds, as the PP collection rate climbed to over 20 percent. PP caps, closures and nonbottle containers are widely collected for recycling in the United States, and these data are presented in a separate report on recycling nonbottle rigid plastics, which will be released in the coming months.