The pathway to profitability

Leveraging success, one bite at a time, can pay off and accelerate an employee engagement adoption process that leads to your desired results.

Workforce engagement programs used to drive improved results have been more of an aspiration in the CPG industry. For many companies, it has been difficult or too unclear to quantify. Now, by using PMMI’s OpX Leadership Network’s Framework for Workforce Engagement, there is a pathway to profitability. The question is how to begin the journey.

One widely held belief is that to effect change, companies must think “new.” In other words, you must launch a major new initiative in a new plant with a new workforce. Then, over time, you can leverage those experiences across all the plants in your company. True, but too often companies can become overwhelmed by legacy processes, labor contracts, and increasing customer requirements that can impede implementation in the other plants.

But leveraging success, one bite at a time, can pay off handsomely. It can actually accelerate the adoption process that leads to your desired results.

Pretzels, Inc. is a private-label food manufacturer that supplies high-quality baked snacks to well-known companies and store brands across the United States and Europe. The company was founded in 1978 in Bluffton, Indiana, and produced its first pretzel in 1979. Over the years, the workforce has expanded to more than 400 people running 11 pretzel and extruding lines in two facilities.

I joined Pretzel’s Inc. in the spring of 2016. Shortly after, we were faced with the daunting challenge of building a new peanut butter pretzel facility to replace the Canonsburg, Pennsylvania, facility that burned down on June 4, 2016. We used that opportunity to build a state-of-the-art snack foods plant in Plymouth, Indiana, and launch it with high-performance work teams, which was a dramatic shift from our legacy model. Utilizing the OpX Workforce Engagement model and the FSO Institute to help coach implementation of the teams, we experienced an incredibly fast and successful startup. With that success in place, we recognized that it was time to refocus on improving operations at the legacy facility in Bluffton.

We knew we could not just mandate such changes, but we had to engage the entire workforce to embrace actions and processes that are good for them and the company as well.

To achieve sustainable success, Dan Sileo, chief coach of manufacturing for the FSO Institute, advised Pretzels, Inc. that “building this pathway to profitability in Bluffton requires a one-bite-at-a-time approach to establish a strong foundation of success for both the company and the individual.”

Together with plant management, we concluded that the initial focus was to engage the traditional workforce into owning improvements with sustained results. We chose on-floor leadership (the supervisor team) to engage in a Kaizen process to drastically reduce pounds of pretzels thrown away, providing a dramatic positive effect on EBITDA. We saw the value of using the Kaizen built on the backbone of the OpX Workforce Engagement Framework

The Bluffton facility operates 24 hours a day, seven days a week with a limited crew. To dedicate the time to invest in leadership skills and reduce waste, we asked supervisors to come in on their day off every other Tuesday. They formed four teams, each with laser focus on one of four different lines. We kicked off the process. Then we let the teams hold two meetings alone to begin to learn how to work together, set initial direction, and release any emotions that had built up or were caused by this new task. We then engaged the FSO Institute to coach the teams on Kaizen using the Workforce Engagement Framework.

Throughout the Kaizen process, the teams participated in surveys on leadership and workforce engagement, which led to individual and team coaching sessions. Of the 47 attributes in the Workforce Engagement Framework, the teams focused on nine: Meaningful Work, To Lead, To Take Action, Leadership, Empathy, Process, Role, Standard Procedures and Standard Work (see chart). The attributes were tied to lean processes training, such as standard work, poka yoke (error prevention) and the know why (understanding the reasons underlying something). The process also built stronger ties of trust between supervisors and plant leadership, specifically because the supervisors saw leadership removing perceived and real barriers to accelerate the results.

The Kaizen teams are in the process of finishing the implementation of solutions, which will not only change work processes, but also significantly change the way they train their staff moving forward to produce sustainable results. They are executing action plans that will eliminate 25 percent of total pretzel loss and significantly eliminate losses with reapplication to the other six lines. The estimated yield savings is on track to be more than $2 million in 2018. Everyone at Pretzels, from senior management to the associates on the floor, are taking enormous pride in how meaningful this first step is in the pathway to profitability. 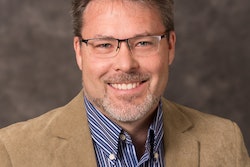 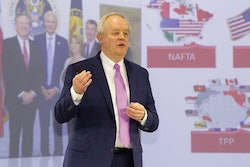 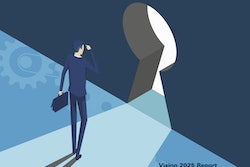