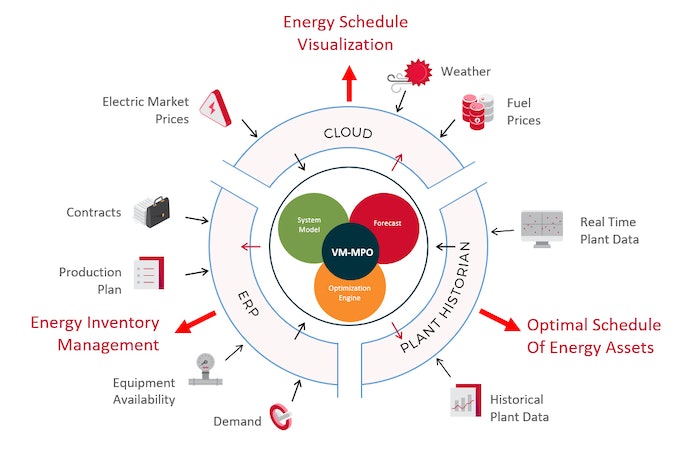 Asset-heavy process industries are more interested than ever in saving energy and curbing their carbon dioxide emissions. This isn’t necessarily for any altruistic concerns about sustaining the planet’s ability to support human life. It’s purely economic and competitive survival.

Whether responding to a new carbon tax on top of already-high energy prices in Singapore or increasing electricity prices designed to improve efficiencies in Saudi Arabia or direct consumer and investor pressures around the world, producers are finding a growing number of reasons to reduce both energy consumption and carbon footprint.

Shell, for example, has an ambitious plan for carbon neutrality that might sound a bit strange coming from one of the largest oil and gas producers in the world. “The pressure is real,” says Satoru Kurosu, director and executive vice president of Yokogawa’s premium solutions and service business.

With all of this at play, Yokogawa subsidiary KBC is making it easier for scheduling engineers and operators to get the information they need to optimize their energy systems. Introduced this week at the ARC Industry Forum in Orlando, Florida, new high-fidelity analytics technology, Visual MESA Multi-Period Optimizer (VM-MPO) 6, allows them to incorporate more precise forecasts into the decision-making process, over various time horizons when dealing with multiple time-dependent constraints.

Industry is ripe for solutions. The power industry accounts for 41 percent of energy-related CO2 emissions. With 19 percent from the industrial sector, that’s 60 percent of the world’s emissions. “Industry is responsible for almost a third of the energy demand, so improving it would have a big impact,” Kurosu says, noting that both demand- and supply-side optimization is needed.

Scheduling engineers face considerable challenges as well as opportunities to deliver the most economic dispatch of energy, including changes in electricity price contracts, variability of natural gas prices, and the complexities of adding renewable energy sources to the traditional mix on the grid. This release aims to make process industries smarter, more real-time, nimble and agile, enabling them to save energy and be more sustainable.

The release of VM-MPO 6 adds significant capabilities to the company’s existing optimization technology, Visual MESA Energy Real-Time Optimizer (VM-ERTO). As might be apparent by the difference in the names, the Multi-Period Optimizer provides new inputs to look out over multiple time periods. It adds an upper decision layer where the time-sensitive variables are optimally defined. “You can look at what is optimal operation now and the next days and weeks in order to reduce emissions and total energy cost,” says Oscar Santollani, senior vice president of KBC’s Visual MESA software business.

Those look-aheads are an important part of making the whole system smarter and more effective, Santollani says. “Before, we were optimizing the now. With the forecast information that we’re able to pull in, now they’re able to be more proactive—knowing not only the best way to operate now, but with awareness of the future also,” he says. Knowing what energy demands are going to be based on the weather or the day of the week, for example, the optimizer might indicate that a particular asset would be more impactful if used on Friday rather than now. “That awareness of the future makes it much smarter.”

VM-MPO benefits from enhanced connectivity between data sources, forecasting methods, model structure and multi-period constraint capabilities for solving at speed. Added interfaces to the cloud make it easy to bring in outside data such as energy market prices, weather forecasts, etc., to help with the decision-making process. “With all of these inputs, we are more readily able to provide to operators a quicker and more complete understanding of what decisions they need to make now to save money,” Santollani says.

Through various case studies, KBC has shown the VM-MPO 6’s ability to improve optimization benefits by 5 percent. In one example, Santollani described a chilled manufacturing site that handles the air conditioning for 20 medical buildings around Houston. Working with forecast variables such as electricity price, chilled water demand and the cooling tower return temperature, the site is able to optimize energy emissions by advising operators what the best operating conditions are.

It’s all about making tighter correlations between data and decisions. “Operators can now make decisions faster, sooner and more aggressive,” Santollani says. “We make operators as smart as possible with the right forecasts.”

The next release, expected within the year, will retrain those forecasts automatically. “On a continuous basis, every time there’s a new piece of information, it’ll retrain the forecast and use that new data point,” Santollani says. “It will update the forecast within an automated loop, avoiding completely the intervention of the user.”