People in the news: Welch’s new president and more

Welch’s, the world’s leading seller of Concord and Niagara grape-based products, has named Lesya Lysyj as president, US. Lysyj was previously with Heineken USA, Cadbury and Mondelez. She comes to Welch’s from Weight Watchers NA, where she served as the company’s president.

The Evolution of Automation 2017 - Webinar 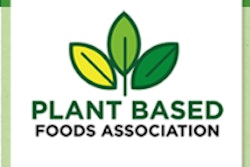