The high level of hygiene and the automated production process have also enabled significant cost savings. 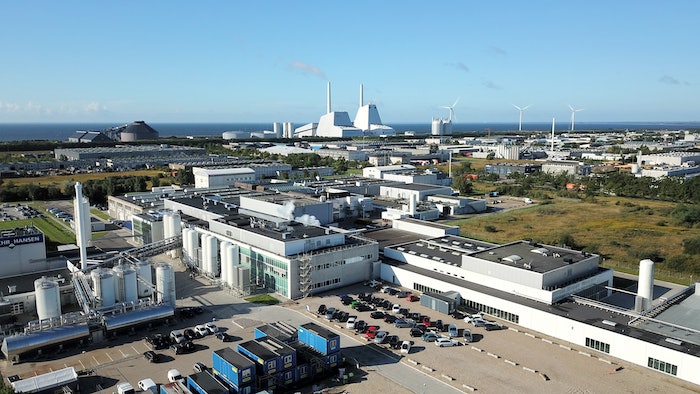 Chr. Hansen completed the world’s largest fermentation plant for bacterial cultures in Copenhagen, Denmark on November 23, 2017. The global bioscience company develops natural solutions for the food, nutritional, pharmaceutical and agricultural industries. The production site includes AIR17-fermentation on four production lines; two lines with 45 cubic meter fermentors each and two lines with 100 cubic meter fermentors each, which makes it the largest production site of its kind worldwide. GEA instaled one of the fermentation lines to the production facility while existing production lines were running.

According to Torsten Steenholt, EVP Global Operations at Chr. Hansen, two criteria for success were crucial to Chr. Hansen when choosing its supplier and partner on this project: the ability to meet a very high level of hygienic requirements and providing an effective and high level of automation during production. “The hygienic requirements when producing bacterial cultures are much stricter than for other types of food production. We needed a supplier that could provide this in their application solution for cultures, along with the automated functions, and GEA accomplished this task to our great satisfaction. Furthermore, the high level of hygiene and the automated production process have enabled significant cost savings,” he says.

Ulrik Lund Jakobsen, Head of GEA Application Center Food, points out that the recently completed project AIR17, which was launched in September 2015, is part of a ten-year master plan and has involved an ongoing expansion of Chr. Hansen’s fermentation plant.