With the growing popularity of home-delivered meal kits, entrepreneurs Rebecca Sholiton and Nate Cooper seized on the opportunity to create a business around modular meal kits for parents wanting to feed their children healthy lunches, but without the time to prepare them. Chicago-based Eat Pak’d is an online service that offers kids’ lunches designed by nutritionists and crafted by chefs that are delivered fresh to the consumer’s door. The lunch components—for example, a meal might include pasta, salad, apples, and granola—can be ordered already assembled in a four-pack, or individual components can be ordered and mixed and matched at home.

To design packaging for the food items that would be both functional and fun for parents and for kids, in early 2016 Eat Pak’d tapped brand development and packaging design firm Anthem.

Says Tim James, Anthem’s Senior Director of Structural Packaging and Innovation, “We had two tiers of expectations. Initially, we wanted to make something that was more appealing than other off-the-shelf package solutions. As we progressed, it was apparent that there was also this whole idea of customization that was becoming more and more important to the brand, and ultimately to the end consumer.”

James says Anthem was given fairly free rein in determining the size and shape of the packaging, as Eat Pak'd had not yet acquired the packaging machines for the products. “Clearly, though, we had to work within realistic sizing for children,” he adds.

Among the research conducted during the design phase, Anthem audited e-commerce channels and grocery stores, and reviewed trends to identify key design opportunities. “We looked across a broad spectrum of lunch box/packaging formats, from Japanese Bento Boxes to nifty modular Tupperware-style containers,” explains James. “But ultimately, it came down to us embracing the intricacies of thermoformed trays and understanding how we can create a simple, modular format that is easy to understand and use, while also being affordable to produce.”

The resulting packaging consists of two styles of clear PET trays—narrowed down from three, to keep tooling costs low—that can hold a number of smaller, individually-sealed triangular containers. According to Eat Pak’d, it uses Fresh-Seal modified atmosphere technology from Point Five Packaging to remove oxygen from the container, extending the shelf life of the food to seven days without the need for preservatives. Eat Pak’d ships the trays the same day they are prepared, delivering them to the consumer’s doorstep in an insulated box with ice packs.

“The modular nature of the packaging allows the lunch to be separated into individual parts that can be interchanged and adapted to suit the personal preference of the parent/child at the moment the child’s bag is packed,” says James. “Any combination is possible, and the options for the parent/child become endless.”

Eat Pak’d launched its fresh lunch items in the modular packages in September 2016, and James says consumers have responded positively. “The package is really placing itself at the heart of the experience,” he says. “For kids, it’s the ability to swap and exchange portions with friends.

For parents, it’s the idea of being able to feel like they’re able to add a personal touch into the speedy process.”

Say the founders of Eat Pak’d, they are thrilled with the results of the package design: “Throughout the process, the design concepts exceeded all of our expectations. The final design is integral to our operational and strategic advantage. We could not have asked for a better thought partner.” 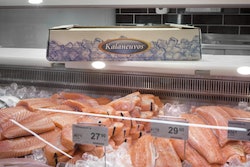 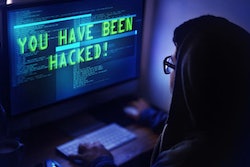 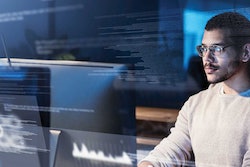 Paving a way to the digital plant