To tackle the food waste crisis, the Food Waste Reduction Alliance recommends that manufacturers track their waste, put waste to productive use and build a culture of reducing food waste at their plants. 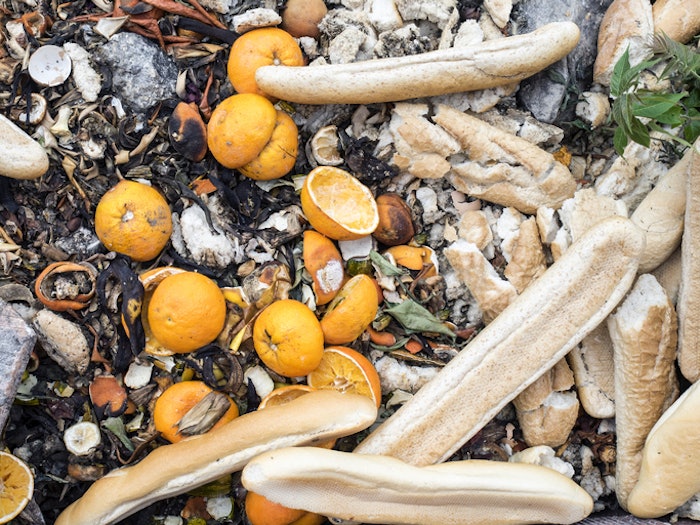 About 40 percent of all food grown and processed in the United States is never consumed and ends up in landfills.

The food and beverage industry, including the manufacturing sector, continues to struggle with the problematic issue of food waste. About 40 percent of all food grown and processed in the United States is never consumed and ends up in landfills, according to the Food Waste Reduction Alliance (FWRA). Such waste not only harms the environment, but also squanders valuable resources and energy, ultimately hurting the bottom line of manufacturers. To tackle the food waste crisis, FWRA has developed strategies to help food and beverage processors keep food waste at bay and improve profitability.

Because 60 million tons of food waste is generated in the United States — of which 40 million tons go into landfills — food waste is the No. 1 source of municipal solid waste contributions in the United States, according to FWRA, which is a coalition made up of the Grocery Manufacturers Association, Food Marketing Institute and National Restaurant Association, along with experts from the anti-hunger community and waste management sector.

Those staggering statistics mean food waste has substantial environmental, social and economic implications. For example, food that decomposes in landfills generates methane gas, a potent greenhouse gas with 21 times the global warming potential of carbon dioxide. Growing and processing food also requires resources like water and energy. Thus, wasted food is a waste of resources. In addition, some food waste is actually safe to eat. In those instances, that food can be donated to food banks and anti-hunger organizations, feeding people in need. And reducing the volume of food wasted in food manufacturing, retail and foodservice operations can decrease the overall costs of these operations.

“Food waste has broad societal and environmental impacts as well as a real impact on business,” says Andy Harig, senior director of sustainability, tax and trade at the Food Marketing Institute, which helped create FWRA.

FWRA recommends that manufacturers measure and track their food waste. Create an internal tracking system that measures food waste consistently across the board in a plant. For a manufacturer that is just beginning to measure its food waste, it may entail workers separating its food waste from other types of waste, Harig says. Some companies keep track of the food they’re donating as animal feed or to food banks with reports from those organizations indicating the pounds of food they donated. Other companies use sophisticated automation platforms to forecast and measure their food waste. No matter what method is used, measuring and tracking food waste will give a manufacturer the intel it needs to build better systems that reduce food waste and improve operational efficiency, Harig says.

Partners in the supply chain

FWRA also recommends that manufacturers coordinate with partners who can put food waste to productive use and include them as part of the supply chain. The manufacturing sector diverts about 300 pounds of food waste per thousand dollars of company revenue from landfills thanks to these types of partnerships, according to FWRA’s 2016 report, Analysis of U.S. Food Waste Among Food Manufacturers, Retailers, and Restaurants.

For example, some manufacturers donate an overproduction of finished products like bread or products that are mislabeled to food banks. The manufacturing sector donated more than 800 million lb of food to Feed America, the nation’s largest network of food banks, in 2015, according to the FWRA report.

However, most food waste generated by the manufacturing industry is the byproduct of processing, such as fats, peelings and trimmings, which are not appropriate for human consumption. As a result, many manufacturers repurpose this type of food waste as animal feed or for land application, including composting. According to the FWRA report, the manufacturing sector diverted close to 10.5 billion lb of food waste away from landfills in 2016. A majority of this food waste was recycled in two areas: 60 percent went to land applications and 34 percent to animal feed.

Another way to mitigate food waste is to build that mindset into the DNA of a company, according to FWRA. The alliance recommends that manufacturing companies help employees develop goals centered on decreasing food waste. With every employee incentivized to reduce or prevent food waste, it will eventually create of a culture of decreasing food waste specifically and enhancing sustainability overall.

“It can’t be just one person in the company whose job is to reduce food waste; it needs to be part of the whole team’s goals. They need to be engaged and part of the process,” Harig says.

These three recommendations from FWRA are based on the U.S. Environmental Protection Agency (EPA) Food Recovery Hierarchy, which prioritizes actions that companies can take to prevent and divert wasted food. EPA and FWRA contend that the best way to fight food waste is to not generate it all, which is why source reduction is at the top tier of the Food Recovery Hierarchy. The next best option is to donate extra food to feed hungry people via food banks, soup kitchens and shelters. When food waste is not fit for human consumption, the Food Recovery Hierarchy recommends diverting those types of waste to animal feed, industrial uses (for example, using waste oils for fuel conversion) and composting.

For more best practices as well as technology solutions to reduce or prevent food waste, be sure to attend PACK EXPO Las Vegas from Sept. 23-25, 2019.