The U.S. and global economies are poised for a long period of expansion, meaning more consumer spending power and top line growth for brands, but also higher input prices for CPGs, including materials, machinery, and labor.

During PMMI’s Executive Leadership Conference, being held virtually today, April 19th, 2021, Alex Chausovsky, Senior Business Advisor at ITR Economics, reviewed projections from 2020 and peered into the 2021 economy and beyond.

PMMI's Executive Leadership Conference brings CPG Execs together with OEM and machine builder leaders to improve ways of supporting each other.

“From a macro-economic perspective, we are currently at a low point in the business cycle. And when we look out to the future—basically the next three to five years—we see nothing but expansion in both the consumer and the industrial economies in the U.S., and really broadly speaking, around the world as well,” Chausovsky says. “With that notion in mind, we are tracking a lot of leading indicators that say fairly conclusively that at least for the next 12 to 15 months, so four to five quarters out into the future, there’s going to be rise in the business cycle. First, we’re going to claw our way out of the recession, and then we’re going to enter a period of accelerating growth.”

As companies that are going to be buying packaging equipment are strategically planning for that future growth, Chausovsky says that they need to realize a couple of things. Number one, one of the major limiting factors to brands’ ability to capitalize on growth is going to be labor. The more these CPGs can automate their processes, the better off they’re going to be in terms of meeting future demand.

“Despite the fact that we have an elevated unemployment rate, skilled workers are going to be very difficult to find and retain,” Chausovsky says. “And so, the less they need to rely upon human labor, the more likely they’re going to be able to prosper in the future, at least from a perspective of outperforming the rest of their peers. So now, in anticipation of that rise is actually a great time to be investing in equipment, because you’re going to need it 6, 9, 12 months down the road, for sure.” 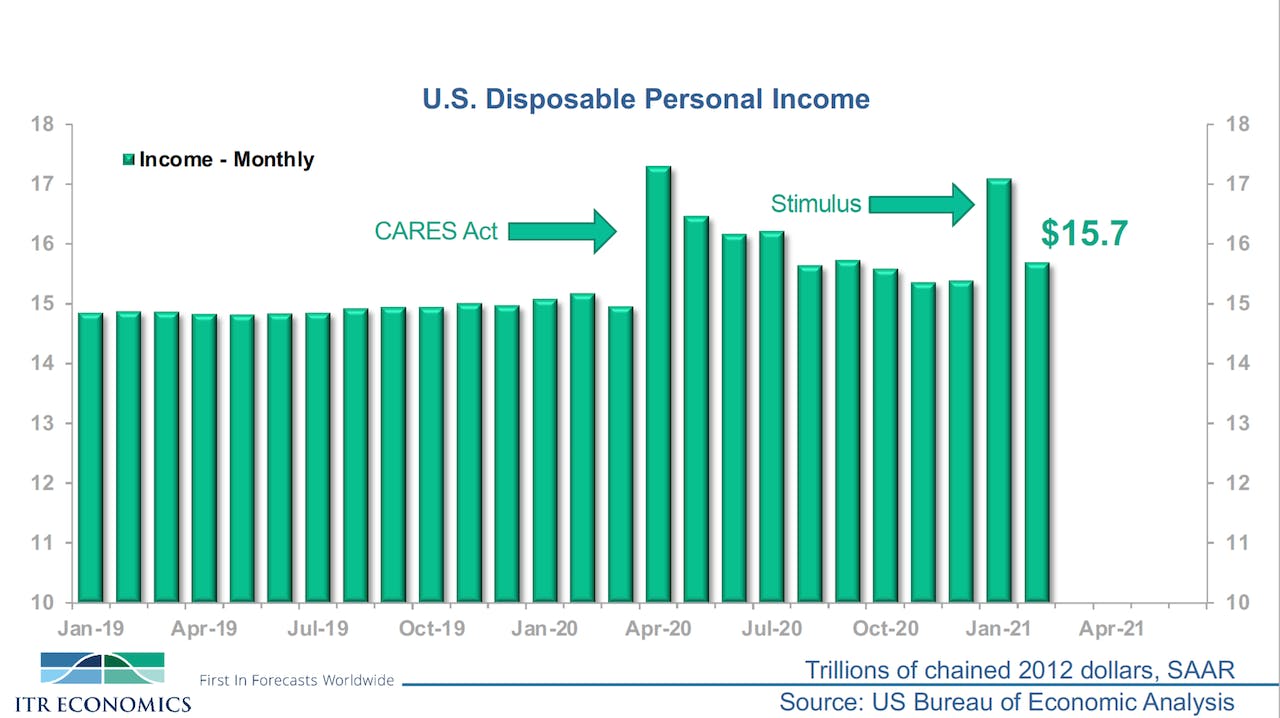 Consumers will have more money in their pockets in coming months, a boon for brands and CPGs and a signal of a heating economy.

In manufacturing specifically, there are currently about 450,000 open positions that companies cannot fill. You hear about “10 million unemployed people” on the news, but most people don’t talk about the fact that there were 6 million unemployed people even before the pandemic started. That equates to a 3.5% unemployment rate. And more importantly, the people that are still unemployed are largely concentrated in sectors like leisure and hospitality, like restaurants, and certainly retail environment as well. They aren’t in the manufacturing domain, or in distribution, logistics, or fulfillment centers. That means that not only is labor tight, but it’s expensive and will get more expensive.

“If we look at wages they are clearly accelerating, especially for skilled positions. And the price of shipping and logistics is going to be going up as well,” Chausovsky says. “It’s kind of a perfect storm of inflationary pressure. When you hear the Fed talk about inflation, most of the time what they’re talking about is core Consumer Price Index (CPI). That’s the way that you and I feel inflation day-to-day, and then they extract the pricing pressures of food and energy from that metric. When we look at business performance, we’re looking at something called the PPI, and that’s the Producer Price Index. And our forecast is that that index is going to grow by 4 percent over the course of 2021. So that means that more than double the inflationary pressure that they felt over the course of 2020.” 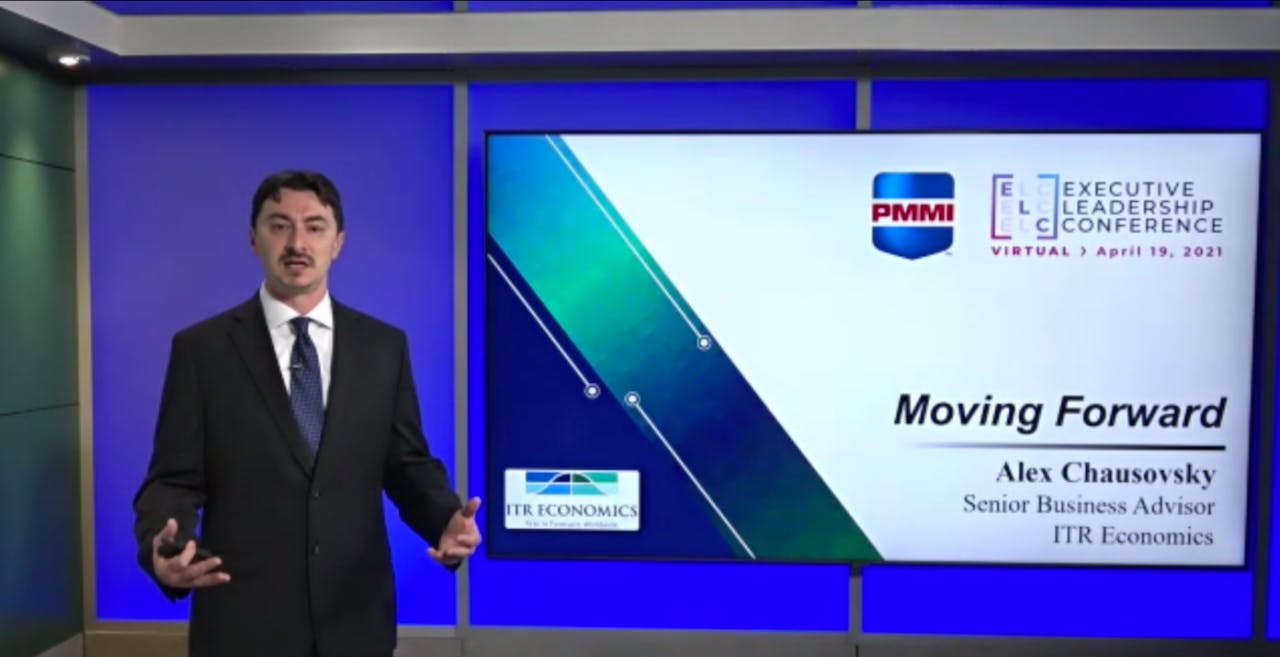 It’s just as important for these companies to realize as they look forward—let’s call it over the next 12 to 18 months—they’re going to be seeing higher prices across the board, for all material inputs, not just labor. If you think about base metals, copper, steel, and aluminum, to oil, lumber, agricultural products, or even to byproducts of oil like plastics and resins, all of these materials typically go up in price as the economic cycle accelerates, according to ITR research.

And so, despite the fact that we’ve already had some fairly significant increases, especially in those core metals and areas like lumber over the last six to nine months, there’s more upside pressure coming down the road. And it’s not going to be aggressive as what we’ve seen lately. Originally people underestimated demand and cut back on a lot of orders. And now, with the supply chain disruption that we’re seeing, people are scrambling, and that’s pushing prices up higher than they normally would have gone at this point. There will be a little bit of a cooling off, Chausovsky says, but that’s not to say that the prices are going to be decreasing, it just means that the future increases will likely happen at a slower pace than they have over the last two to three quarters.

“The key message here is I want to remind all of these companies that they are not in business to grow their top line, they’re in business to make a profit,” Chausovsky says. “And so, you have to be extremely proactive and very conscientious of what’s going on in the pricing environment to make sure that you protect your profitability and that your margins don’t get squeezed, despite the fact that you might be seeing upside potential in your top line performance.”

So how should brands and CPGs set themselves up to succeed in an accelerating economy? Chausovsky says they need to ask themselves three questions:

“Number one, ‘Do I have the cash to climb this hill that’s in front of me?’ You need to have liquidity, you need to have capital. Some companies have it in their cash reserves, their war chest if you will, others will need to look to the borrowing markets. And now is a great time to leverage other people’s money to invest for the future growth of your business. So that’s number one,” Chausovsky says. 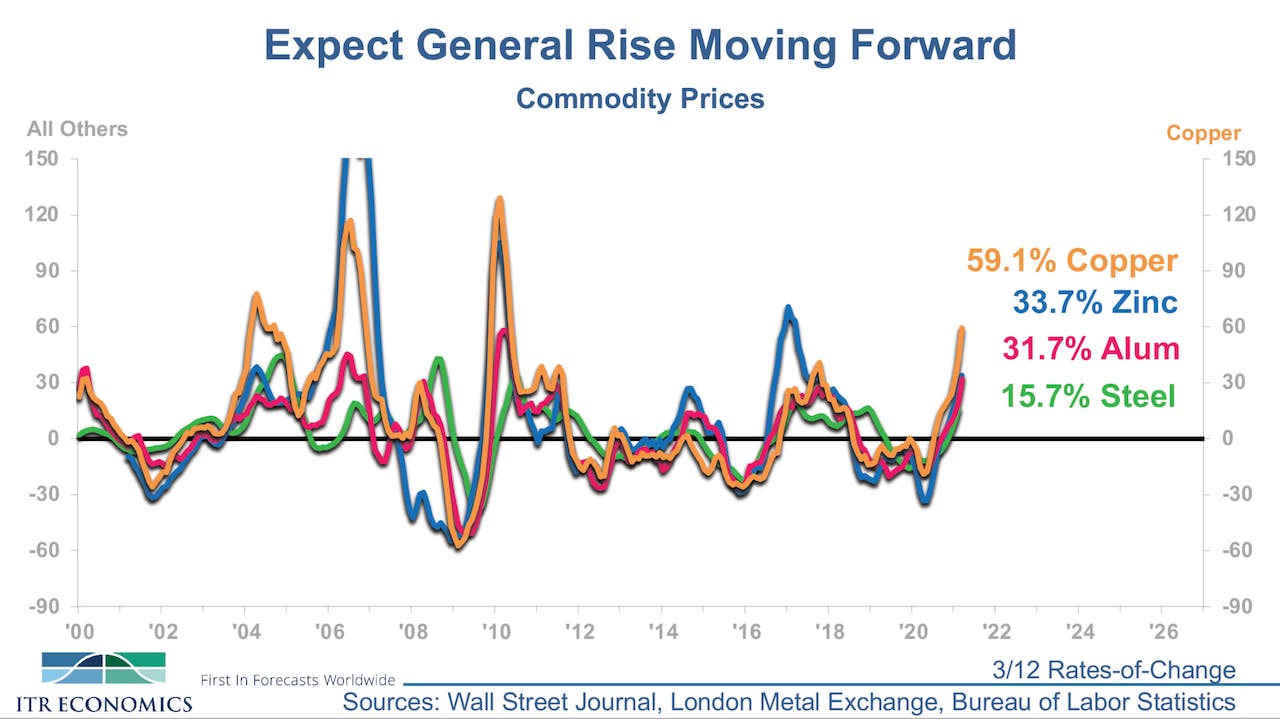 Inputs for materials, equipment, and labor will be getting more expensive across the board, but a tight labor market will be the biggest limiting factor for CPGs. Automation is a great way to circumvent this.

The next question they need to ask themselves is, “Where are the bottlenecks?” When you look back at your business to previous times that you were busy, he guesses sometime around 2017 or 2018 would have been a peak busy cycle for packagers or their immediate suppliers, where were the bottlenecks then? Was it capacity constraints? Was it levels of inventory? Was it inability to get components or input materials? Where were you running into challenges in the past, and to try to get ahead of those challenges in order to meet the demand of the future?

“Those are the questions they need to ask themselves. And then from an action perspective, they need to make sure they’re allocating extra resources to sales and marketing. That’s going to be the difference maker in terms of realizing market share gain or being out ahead of the marketplace, in general, the talent in that sales and marketing function. They need to make sure that they’re investing in their system and process efficiencies, and automation, by all means, is a great way to do that.” - PW

The company has announced its intention to sell its world-leading tea business ekaterra and its assets to CVC Capital Partners Fund VIII for over $5 billion.
Morgan Smith
Nov 23rd, 2021
More in Home