This past fall, the Food and Drug Administration (FDA), the Centers for Disease Control and Prevention (CDC), along with state and local officials investigated a multistate outbreak of cyclosporiasis illnesses likely linked to salad mix served at a national fast food restaurant chain (FDA, 2018a). A total of 511 laboratory-confirmed cases of Cyclospora infection were reported in people who purchased and consumed salads at the restaurants. Cases were reported in 15 states and New York City, and 24 hospitalizations occurred. FDA’s analysis of an unused package of salad mix containing romaine lettuce and carrots confirmed the presence of Cyclospora. The traceback investigation pointed to romaine lettuce as the primary suspect. Around the same time, FDA and CDC reported a total of 250 laboratory-confirmed cases of Cyclospora infection in people who reportedly ate food from pre- packaged vegetable trays containing broccoli, cauliflower and carrots. Although the investigation did not identify a single source or potential point of contamination for any of the items that comprised the recalled vegetable trays, the trays and each component of the recalled vegetable trays were part of the traceback investigation and the recall.

As of Oct. 1, 33 states reported a total of 2,299 laboratory-confirmed cyclosporiasis cases in people who became ill from May 1 – Aug. 30 and did not have a history of international travel during the 14 days pre- ceding illness onset. Approximately one-third of these cases were associated with either the convenience store chain outbreak or the fast food chain outbreaks (MMWR, 2018). With these major outbreaks, CDC reports that the number of reported cases of cyclosporiasis in the United States have, unfortunately, now returned to baseline levels as seen in the past.

Although Cyclospora is not in a top list of most common causes of foodborne illnesses, there is no doubt that illnesses from Cyclospora is a serious problem that warrants attention. Past cyclosporiasis outbreaks in the United States have been linked to foods like raspberries, basil, cilantro, snow peas and mesclun lettuce.

What is Cyclospora and what are its symptoms?

Cyclospora are single-celled protozoan parasites that are so small that they can only be seen under a microscope. When people eat food or drink water that is contaminated with Cyclospora, they can get an intestinal illness called cyclosporiasis. Because the infection occurs only in humans, the parasite is suspected to originate from the feces of ill people. The life stage of Cyclospora that causes infection is called the oocyst. Oocysts can spread when they are passed in the bowel movements of infected people and end up on hands, food, water or other objects.

It is generally transmitted when infected human feces contaminate food or water that is consumed. Unlike many other foodborne illnesses, person-to-per- son transmission is unlikely because the parasite needs time (days to weeks) after being passed in a bowel movement to become infectious for another person.

The time between becoming infected and becoming sick is usually about one week. Cyclospora infects the small intestine and usually causes watery diarrhea, with frequent, sometimes explosive, bowel movements that may last from a few days to a month or longer. Other common symptoms include loss of appetite, weight loss, stomach cramps and pain, bloating, increased gas, nausea and fatigue. Some people may also experience flu-like symptoms.

Because of its size and the inability to culture Cyclospora cayetanensis in the laboratory, it is extremely difficult to isolate and detect this pathogen from foods, especially because the levels of contamination are usually very low. Currently food rinses are analyzed by microscopic examination and by molecular biological methods.

Among notable characteristics for Cyclospora is the oocyst’s pronounced resistance to most chemical disinfectants, including chlorine. Even after a 90-minute contact time with standard concentrations of chlorine-containing compounds, the reduction in levels of viable organisms is barely appreciable (FDA, 2012). From a food safety standpoint, it is important to note that chlorine and other antimicrobial washesare not as effective at reducing harmful populations of Cyclospora as they are for pathogenic bacteria and viruses (FDA, 2018b). In countries and regions where cyclosporiasis is endemic, water controls employ actions such as microfiltration, ozone or UV treatments that may be effective at decreasing populations of Cyclospora in irrigation waters. For the related foodborne parasite, Cryptosporidium parvum, Venczel et al. (1997) reported that chlorine disinfection has been key in the prevention of most waterborne diseases. However this parasite, like Cyclospora, is very resistant to chlorine and other commonly used drinking water disinfectants. Although fresh produce does not generally receive a heat treatment, Cyclospora’s resistance to temperature was evaluated. For Cyclospora oocysts, inactivation did not occur at 50oC for one hour, but it did at 70oC for 15 minutes and at 80oC or 100oC (Ortega and Sanchez, 2010).

What are some controls for Cyclospora?

In a word, sanitation — throughout the food chain. Although it is unknown exactly how food and water become infected with Cyclospora, people should be aware that rinsing or washing food is not likely to remove it. On the basis of the currently available information, avoiding food or water that may have been contaminated with feces is the best way to prevent cyclosporiasis. Following the key provisions of the Food Safety Modernization Act (FSMA) of 2011 Produce Rule (Fed. Reg., 2015a) will go a long way in preventing food from becoming contaminated with Cyclospora.

For CPGs and OEMs, properly sanitized food surface areas are critical to the safety of all food operations. FDA has enacted strict requirements through FSMA rules for human foods, subpart B, regarding the use of cleaning, inspection and the use of effective sanitizers (Fed. Reg, 2015b). Effective master sanitation programs and training are necessary to ensure that establishments remain free from harmful parasites and bacteria and that the food supply remains safe.

Sanitizing with chemical compounds is the most common and economical method of helping to ensure a biological hazard-free food safety system. Three primary chemical compounds are used as sanitizers in the foodservice industry: chlorine-based cleaners, quaternary ammonium and iodine sanitizers.

Quaternary ammonium compounds, also known as quats, are positively charged ions that are naturally attracted to negatively charged materials, such as bacterial proteins. They are generally effective against bacteria, yeasts, molds and viruses. Quats are surfactants and possess some detergent action, so they are not as affected by soil as are other sanitizers. In use, they are found to be stable and noncorrosive and do not act as a skin irritant.

Iodine is often used in combination with a surfactant carrier compound. Iodine sanitizers act against bacteria, viruses, yeasts, molds, fungi and protozoans. The problem with iodine sanitizers is that they are costly and can stain some contact surfaces, like plastics.

Farm and food industry workers must not only use the proper, federally approved sanitizing agents, they must use these sanitizers at proper concentrations and strengths depending on the specific application and intended outcomes.

Treatment of water or food by routine chemical disinfection or sanitizing methods is unlikely to kill Cyclospora (CDC, 2018). However, rigorous sanitation programs are necessary throughout the food chain for the control of Cyclospora.

Growers, producers, processors, consumers and retailers should always follow safe fruit and vegetable handling recommendations regarding harvesting, washing and preparing produce. With renewed notoriety on the stage of foodborne illness and its unique resistance to routine chemical sanitation methods, Cyclospora may be gaining the infamous title of “an emerging foodborne pathogen” that the industry needs to prepare for and prevent. 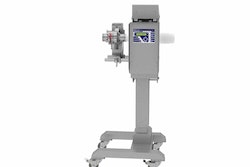 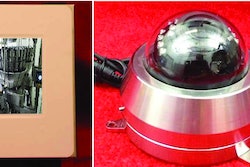