In 2020, the use of aluminum containers for water will increase considerably, spearheaded by Aquafina and Dasani. 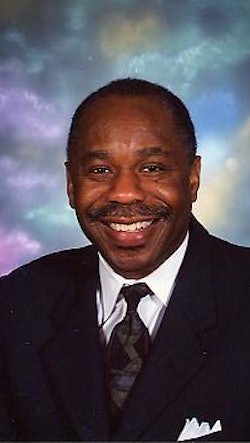 The experiment aims to improve sustainability bona fides via reduced PET. “Experiment” is apt because aluminum’s history with other beverages does not make consumer acceptance automatic. The rest of the water industry has to decide whether to make aluminum a packaging choice. Since no decision involving sustainability pleases all stakeholders, brand-owners should be willing and able to explain and defend. But how?

Life-Cycle Assessment (LCA) is a technique for scaling packaging’s environmental footprint, from raw material extraction to disposal/recycle/reuse, including all stages in between. An LCA is sound in theory and noble in objective; nonetheless, it is malleable. Owed to their expanse, certain stages are emphasized over others. It is not a measuring tool—it’s better as a tool for comparing and contrasting, not that that solves the issue of subjectivity. We’ll use LCA anyway.

Extraction is the stage least mentioned by aluminum promoters. Aluminum is obtained from bauxite, a type of rock. Strip mining of bauxite scars the Earth, and is associated with a variety of pollutions and health hazards. The smelting of aluminum from bauxite is energy-intensive; additionally, the process produces a toxic waste known as red mud. Even though aluminum is the most abundant metallic element in the Earth’s crust, the locations of bauxite deposits are centralized to certain regions, leaving others including the U.S. with little or none. For such countries, aluminum is an import, entailing transportation and its attendant energy-consumption.

Two-piece aluminum beverage cans are manufactured in a multi-stage, high-speed, automated, digitally controlled process. It starts with a giant roll of aluminum sheet that gets unwound and fed into a press that punches out disks that next are bent into shallow cups. The cups are submitted to the draw-and-iron process, whereby the cups’ walls are lengthened to the desired height. Trimming and edging follow. The now-formed can bodies are sent through a series of washes, then a drier. The cans’ bottoms are varnished to facilitate further travel on conveyors. Then it’s on to the printing station, after which, body varnish is applied. The interior of the cans receive a water-based varnish to protect against unwanted interactions between the aluminum and the eventual contents. Then, the tops of the cans are narrowed, forming the neck. The last operation imparts the flange, to which the pull-tab lid will be attached at the beverage plant.

Aluminum bottles also will be introduced for water, but suffice it to say that with can-making and with bottle-making, the required energy and resources place a premium on productivity and efficiencies.

Aluminum cans arrive at the beverage plant in multi-tier pallet loads. The cans are fed onto the packaging line and cleaned before being filled and lidded. Eventually, the canned beverages are placed into the commercial stream, incurring another round of supply-chain consumption of energies and costs. For all transportation throughout the supply chain, aluminum’s light weight is a cost benefi, thanks to source-reduction/lightweighting, today’s aluminum cans embody less material than earlier generations.

Fast-forwarding the discussion to post-consumer, aluminum enjoys distinct advantages in recycling. Unlike plastics, for example, aluminum can be recycled repeatedly without sacrifice of its properties; furthermore, recycled aluminum requires less energy in the manufacturing process. An aluminum can composed of 100% recycled material performs as functionally as a can composed of virgin material. Incidentally, recycling includes the can-making process itself, in that the scrap from the aforementioned punched sheet is compressed and shipped back to the aluminum supplier. On average, aluminum cans embody a higher percentage of recycled content than do plastics, and even glass.

Consumer preferences and behavior intentionally were taken out of sequence to be discussed here. Corporate executives can wax philosophically about being responsible corporate citizens, but none of them would complain if their sustainability initiatives reflected favorably on the bottom line. For that to happen, there must be consumer buy-in.

Aluminum cans chill nicely under refrigeration; but does that compensate for opacity, if most consumers prefer to see water through the packaging? If not, score a point for PET (glass excused from the discussion.) Consumers know that certain canned beverages contain ingredients, flavorings, colorants, etc. that make them other than crystal clear in appearance. Water, on the other hand, is perceived differently. In response, brand-owners tout pristineness, clarity, and filtration. A challenge regarding water in aluminum containers is how to visually communicate those qualities from store shelves.

Press releases by Coca-Cola and PepsiCo have not disclosed pricing strategies. Given the higher cost of aluminum, will Aquafina in aluminum cans be priced higher than Aquafina in PET bottles (of equivalent contents)? Will Dasani in an aluminum bottle be priced higher than in an aluminum can (assuming that the bottle embodies more material)? How might container deposit fees compound matters? And, for any price premium, what factors would sway consumers to pay it?

The stage has been set. The aluminum container industry salivates over the prospect of being a major player in a new major beverage segment. That segment, led by two giants, awaits a learning curve. All the while, consumers take on their traditional role as a wild card. It’s sustainability at its unpredictable best.