U.S. consumers are preparing meals at home with the help of foodservice and technology-enabled conveniences

Although the relationship of in-home prepared meals versus those sourced away-from-home has been stable for a few years, Americans still prepare more meals at home than they did a decade ago.

Americans still prepare more meals at home than they did a decade ago.

U.S. consumers are increasingly eating and preparing their meals at home, contrary to recent news reports that they are eating at restaurants more based on an uptick in foodservice spending, reports The NPD Group, a leading global information company.

Through its daily research of U.S. consumers’ eating behaviors, NPD shows that four out of five meals are prepared at home, and although the relationship of in-home prepared meals versus those sourced away-from-home has been stable for a few years, Americans still prepare more meals at home than they did a decade ago. Last year, over 80 percent of meals were prepared and eaten in home.

Although foodservice spending has been increasing — up two percent in the year ending May 2018 — foodservice visits were flat in the period compared to year ago. Restaurant visits, whether onsite, drive-thru, or ordered for delivery, are more indicative of foodservice growth than spending, reports NPD. Foodservice spending is up primarily because the cost of a restaurant meal is increasing faster than the cost of a home prepared meal. Additionally, a restaurant meal has historically cost more than an in-home meal, typically as much as three times more.

While U.S. consumers might not be dining out more, they do turn to foodservice for a shortcut in their in-home meal preparation. Close to half of dinners purchased from a restaurant are consumed at home and a growing number of in-home meals are a blend of dishes prepared and items purchased ready-to-eat from a foodservice establishment. NPD’s recently published Future of Dinner study forecasts that blended meals, which include a restaurant or prepared food, will grow over the next five years. In addition to foodservice, consumers’ in-home meal prep is also aided by the modern conveniences of grocery delivery, meal prep kits, grocerants (supermarkets that offer restaurant quality foods), online ordering, and technology-enabled kitchen appliances and tools.

“Due to a changing workforce, the ease of online shopping, and the boom in streaming entertainment, there are fewer reasons than ever to leave the house,” says David Portalatin, NPD food industry advisor. “Even with consumers eating more of their meals at home, there are opportunities for both food companies and foodservice operators. It’s not a matter of where consumers are eating but rather what they’re eating.” 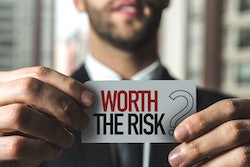 The assurance of cybersecurity insurance