In an effort to further improve consumer safety, FDA Commissioner Scott Gottlieb is pledging to provide the public with more information during certain food recalls.

Specifically, he says new FDA draft guidance issued outlines situations when the agency will now make public the retail locations that may have sold or distributed a recalled human or animal food.

This is a change in FDA policy, which traditionally has not released lists of specific retailers where recalled foods may have been purchased due to certain confidential supply chain information agreements between suppliers and retailers.

“In most cases, information publicized by the recalling company is sufficient to allow consumers to identify and avoid recalled product,” Gottlieb says. “But there are some cases where additional information about the retailers selling potentially harmful product may be key to protecting consumers, such as when the food is not easily identified as being subject to a recall from its retail packaging and the food is likely to be available for consumption.”

Where this is particularly important is during the most serious recalls where consumption of the food has a reasonable probability of causing serious health problems in humans or animals.

“In these situations, providing retailer information can help consumers more quickly and accurately recognize recalled product and take action to avoid the product or seek assistance if they’ve already been exposed,” he says.

Retail consignee lists for food recalls will be publicized by FDA when the food is available for consumption and is not easily identified by its packaging, or doesn’t have it, such as foods sold directly to consumers with no universal product code (UPC) or bar code. Bulk products and fresh fruits and vegetables sold individually are most common examples of this type of food. 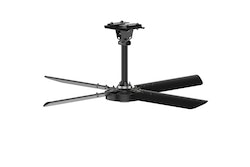