Herrmann Ultrasonics’ new ultrasonic seal tool uses an anvil contour to create a tight, peelable seal of composite films, similar to a heat seal in appearance, for the chips and snack industry. 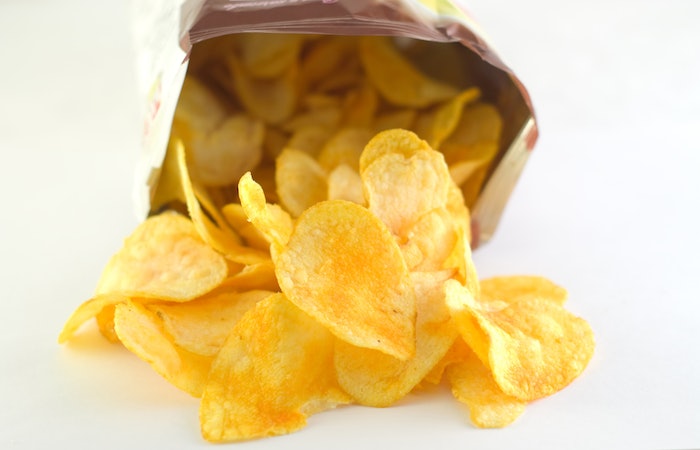 In the ultrasonic sealing process, the packaging materials to be joined are placed between the sonotrode and the anvil.  In order to focus the ultrasonic energy, small bundled contours (top, radius, or plateaus which are arranged as vertical lines) in the anvil are necessary. The seal quality depends on the line height, distance, quantity, and design of this contoured anvil.

Ultrasonic seals of metallic foils are peelable starting at widths of 7mm. Therefore, it is possible to reduce the overall amount of the packaging material.  Heat seals typically have a seal width of 15 to 24mm. The percentage of the area of a typical heat seal is approximately 8% to 12% of the package. This can be reduced by 50% when sealing with ultrasonics.

The overlap longitudinal seal (back seal) can also be sealed with ultrasonics, offering a similar tight seal.

The ultrasonic tooling remains cool, which eliminates shrinking and visual changes to the foil structure.

It is easy to peel a seal if it has a cohesion fracture (separation of the seal layers of the films) resistance of 4 to 6 N/15mm over the length of the seal. It is difficult to peel seals that have an adhesive fracture resistance in the area of the seal (delamination).