When John B. Sanfilippo & Son, Inc. (JBSS)/Fisher Nuts decided to move toward greater automation of case packing for its pouched nut products, it not only realized a savings in labor, but it also saved significantly on its material costs. The company was originally looking just for automated solutions to replace the manual case forming, packing, and sealing of both shelf-ready packaging (SRP) and standard RSCs at two of its plants. What it got were automated systems from Delkor Systems Inc. that provided the desired flexibility, along with a new SRP format with greater shelf appeal and less packaging material.

Recalls Rick Gessler, Director of Marketing & Strategic Account Management for Delkor, “Fisher Nuts was initially against changing the appearance of their packaging [a two-piece SRP], until they saw the Delkor Cabrio Case, which alleviated their concerns with its clean pre-cut front and wrapped corners.”

The patented and patents-pending Cabrio Case® is a single-piece tray-hood SRP that has a lift-off hood and machine-cut front and side edges that ensure a clean edge when the hood is removed. According to Delkor, the case saves from 10% to 20% in corrugated materials compared to a typical tear-away case, and 10% to 50% compared to a two-piece tray-and-hood combo. Primary packages are loaded and shipped flat in the case to reduce shifting and settling of the products inside, but are displayed vertically. Primary packages can also be shipped vertically, if required, using another variant of the Cabrio Case. Fisher Nuts is using bleached linerboard for the case to achieve high-impact, wraparound graphics.

According to Mike Cannon, Senior Vice President – Corporate Operations for JBSS, the most appealing aspects of the Cabrio were customer acceptance of the format and cost reduction.

At the Elgin plant, the fully automated line begins with a KHS Innopouch K-400 horizontal pouch machine that fills bag sizes from 2 to 24 oz at speeds to 125/min. From there, pouches are conveyed lying flat, single file, to the MSP Series case packer. Upon entering the cell, a Fanuc M-2iA delta-style robot uses a vision system to detect pouch orientation. It then realigns skewed and random-pitched pouches (up to approximately +/- 20 deg) and places them in groups of two or three—depending on final pack configuration—onto a continuous-motion conveyor. From there, the pouches are conveyed to a Fanuc M-710iC Series six-axis robot that picks up from four to six pouches at a time, and packs them into the Cabrio Case. When required, the robot can also rotate layers or individual pouches to interleave them in standard RSCs or FSCs (flange-seal wraparound cases).

End-of-arm tooling for the Fanuc M-2iA comprises a lightweight vacuum head that picks a full pattern by collecting pouches one at a time. Tool changeover for this robot is a simple, tool-less operation.

For the M-710iC Series robot, an EOAT with multiple servo axes handles pouch interleaving and rotation, when required. An array of vacuum cups on each EOAT secures a firm grip on pouches prior to placement. To change over to a new tool, the operator selects the desired product and predefined pack pattern recipe from a touchscreen. The robot then parks the current EOAT on a rack within the case packer, and then picks up and attaches the new one. Other changes within the cell occur automatically as well, including the case conveyor flight pitch, adhesive patterns and vision recipes, and all of the servo-motion profiles.

One reason Cannon cites for only automating one case-packing line is the high changeover rate required for products on the hand-pack lines. For these lines, at each plant, a Trayfecta S Series dual-head former capable of running two different case sizes simultaneously is mated with two Capstone F Series closers. According to Gessler, the case former’s ability to run two case sizes at once helped keep the investment cost low versus having to install two separate erectors/formers to produce two cases at the same time.

The former is used to produce both Cabrio Cases as well as FSCs, which are manually packed by operators before being sealed by the Capstone F. Says Gessler, “The hand-pack lines can be upgraded in the future to automatic case packing, utilizing the existing former and closer. The low price of the hand-pack system allows for easy entry into shelf-ready packaging.”

Since being installed in September 2015, Gessler estimates that the automated systems, together with the new Cabrio Case SRP, have resulted in a labor savings of six to eight people, along with $750,000 per year in corrugated board material savings.

Videos from FANUC AmericaView all videos 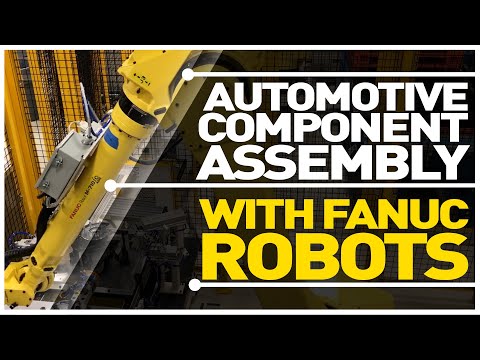 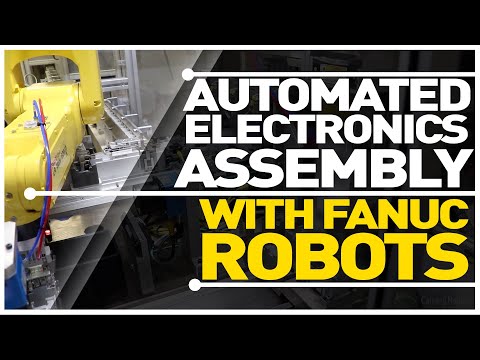 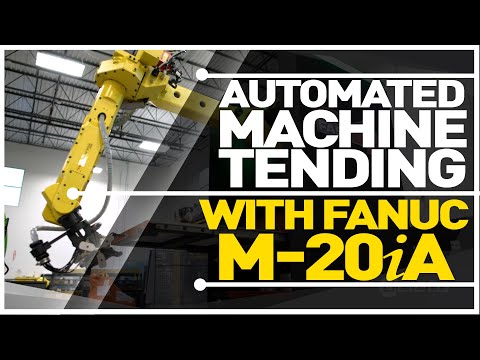 In a just-released report from PMMI Business Intelligence, 29% of CPG respondents said they do not allow any remote access in their facilities.
Pat Reynolds
Sep 25th, 2020

Brian Deck takes over leadership of the company as Tom Giacomini steps down, and the board initiates the search a replacement.
Morgan Smith
Sep 21st, 2020

Athina Kanioura has been tapped to lead company-wide transformation and end-to-end strategy, including the company’s digitalization and data strategy.
Morgan Smith
Sep 14th, 2020
More in Home

Craig Francisco was named President of RōBEX. He will lead and manage the day-to-day operations of the company and its three business units: Automation & Robotics, Industrial Services and Annealing Lehr installation & maintenance for glassmakers.
RōBEX
Sep 11th, 2020