The European farmers’ co-operative is spending more than $17 million to expand and diversify the product range it provides to the Middle East region.

Danish company Arla Foods, one of the world’s biggest dairy firms, with brands such as Lurpak, Puck, Kraft, and The Three Cows, is investing $17 million in new production lines in Saudi Arabia to further diversify the product range it exports to the Middle East region. The investment is expected to increase Arla Foods’ production capacity in Saudi Arabia by 10%.

The new lines will be producing ready-to-drink products from Starbucks, as well as Puck sauces, soups, and cooking cream. The new lines also will adding more Saudi jobs, with a line fully operated by women.

Arla Foods introduced its first two production lines in September 2021, resulting in reduced transit times, increased the average shelf life of dairy products, and improving accessibility to customers in multiple of regions of Saudi Arabia. The addition of the new lines will help Arla Foods with the growth of its product categories in the region.

“Saudi Arabia is one of the leading markets for dairy products in the region and has become a focal point for our production expansion goals,” says Henrik Lilballe Hansen, vice president and managing director of Arla Foods Saudi Arabia.

“Serving as a gateway for us to tap into the country and neighboring markets, Arla Foods is aligning its operations with the kingdom’s long-term goals for the sector to support the Saudi economy and seize the opportunities presented by the ever-growing market.”

In 2018, Starbucks signed a 21-year agreement with Arla Foods, allowing it to continue to manufacture, distribute, and market Starbucks premium milk-based ready-to-drink coffee beverages for Europe, the Middle East, and Africa. 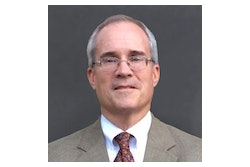