The Business Benchmark on Farm Animal Welfare ranks the Maple Leaf as one of just two North American protein companies and the only Canadian-owned company in its top two tiers.

Maple Leaf Foods has been ranked as a leader in animal welfare by the Business Benchmark on Farm Animal Welfare (BBFAW), the leading global measure of policy commitment, performance, and disclosure on animal welfare in food companies.

Following its review of 150 companies in 25 countries, BBFAW ranked Maple Leaf Foods in Tier 2, a position occupied by just 12 companies. Only four companies are ranked in Tier 1. The ranking recognizes Maple Leaf Foods’ industry-leading animal care programs and performance and makes the company one of only two North American protein companies in the top two tiers and the only Canadian-owned company to achieve the distinction.

The company has a demonstrated record of innovation in animal care. In addition to Maple Leaf Foods’ recent completion of its conversion of its sow barns to open housing, the company has advanced other industry-leading animal care initiatives including: 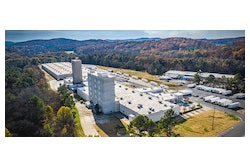