Though it might seem trivial what you call it—smart manufacturing, Industrial Internet of Things, digital manufacturing, etc.—or how you position it, it’s important to decide how the technologies and terms fit together.

John Clemons
John Clemons explains as smart manufacturing visions are formed, executives will need to discuss and decide how all the technologies and terms fit together to drive their companies’ unique competitive advantage.

When we talk about the future of manufacturing, it can seem like we’re all over the map. Various terms—smart manufacturing, Industrial Internet of Things (IIoT), digital manufacturing, the connected factory or supply chain, Industry 4.0—are used interchangeably by some, while nuanced differences are debated by others. Some groups—mostly plant and operations leaders—derisively ask: “What’s the difference? We’ve been automating and integrating manufacturing and business processes for 30 years.” But others consider smart manufacturing as nothing less than transformational.

Though such debates might seem academic, discussions about what we mean when we talk about these technologies is critical for every organization. It’s part of the process that will help executives fully understand the ramifications of smart manufacturing (my preferred term) and move their organizations into an era that will be very different from today’s.

As the debate continues, the Manufacturing Enterprise Solutions Association (MESA) and IndustryWeek conducted research to learn whether or not, or to what degree, companies are starting to coalesce around a common understanding of smart manufacturing. The findings, revealed in a report titled “Seeking Common Ground for Smart Manufacturing,” offers a snapshot of company views about smart manufacturing. In so doing, it offers insight into how companies can strategize about becoming smart manufacturers.

Though the survey found some areas of agreement, the most interesting findings identify where beliefs diverge. Chief among these is the finding that companies have different views about the extent of change required in the transition to become a smart manufacturer. A surprising number (43 percent) of respondents reported that their organizations approached their smart manufacturing initiatives as part of their continuous improvement/innovation/lean effort, while only 24 percent viewed them as ways to build a transformational strategy/new business model. Thirty-three percent responded that it was not clearly one or the other. Given smart manufacturing’s potential impact, this result was unexpected.

However, business leaders who are aware of, or practice, advanced CI/lean likely view it as transformational. These companies have a robust CI/lean tradition, with a big staff and strong guiding principles governed by a management system that’s tightly integrated into creating and implementing business strategy. For these companies, viewing a smart manufacturing strategy as part of CI/lean is likely the fastest and best way forward. Most importantly, the report asserts, “This is a fundamental question companies will tackle as they work toward smart manufacturing. To what degree is it useful to frame these initiatives as an extension of existing CI programs? In what ways must these initiatives move beyond the traditional boundaries of CI?”

Other research findings suggest that as companies gain more experience with smart manufacturing, they’re more likely to cite strategic objectives as the purpose for their initiatives. According to the report, companies that have implemented one or more smart manufacturing projects are more than twice as likely to site strategic objectives as the impetus.

The research overall proved there are still a lot of questions about how to prove the business case or ROI for smart manufacturing. This prompted MESA to start an on-demand, online course called Smart Manufacturing Justification and ROI. The course covers the major elements necessary to produce an effective ROI, including the importance of partnering with the correct stakeholders, acquiring an executive sponsor, and understanding and articulating the present state and desired future state.

Other recent Analytics That Matter research conducted by LNS Research and MESA also probed the intersection of CI/lean and smart manufacturing. It discovered two opposite possibilities for companies with CI/lean-based business strategies.

However, when the analysts correlated the two groups—comparing those implementing CI/lean digitally and those who were not doing it digitally—there was a huge correlation, Hughes notes. “Those people who had applied digital techniques to their CI program were much, much more likely to be implementing predictive and prescriptive analytics,” as well as other digital technologies, he says. He cautions, however, that the number of companies that are combining digital and CI/lean strategies is “still very small.”

More importantly, when the researchers reviewed the impact of digital CI on reported company metrics, they found that, across the board, if they had digital CI, they had better metrics and had bigger improvement in the metrics than before, according to Hughes. He cautioned that more research was needed to determine if the companies with better metrics had started from a better position.

So why should you care about these research results or about what you call this change? What does it matter whether you view it as a transformational or CI effort? What the research tells me is that, although each company’s journey toward smart manufacturing involves adopting many of the same technologies, how each company makes this migration is unique.

As they formulate their smart manufacturing vision, executives will need to discuss and decide how all the technologies and terms fit together to drive their companies’ unique competitive advantage. They’ll also have to determine how to implement the vision, whether as part of a CI/lean or transformational strategy—or maybe a little of both.

It’s too early to tell which approach works best. Perhaps similar research next year will find that smart manufacturing is transformational for the business, but CI for the plants; or that it works well as part of an advanced CI/lean strategy, but lags when the CI/lean program is limited to the factory floor. What we can say for sure is that—no matter what you call it or how you perceive it—companies can achieve big benefits from being smart manufacturers. And the time to strategize about it is now. 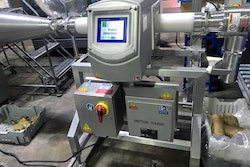 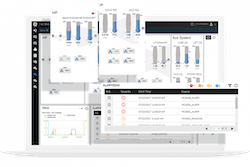 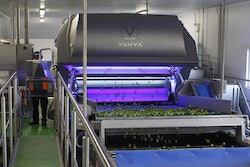