The shared, immutable ledger database is in the spotlight as a potential tool to improve transparency and better facilitate recalls. 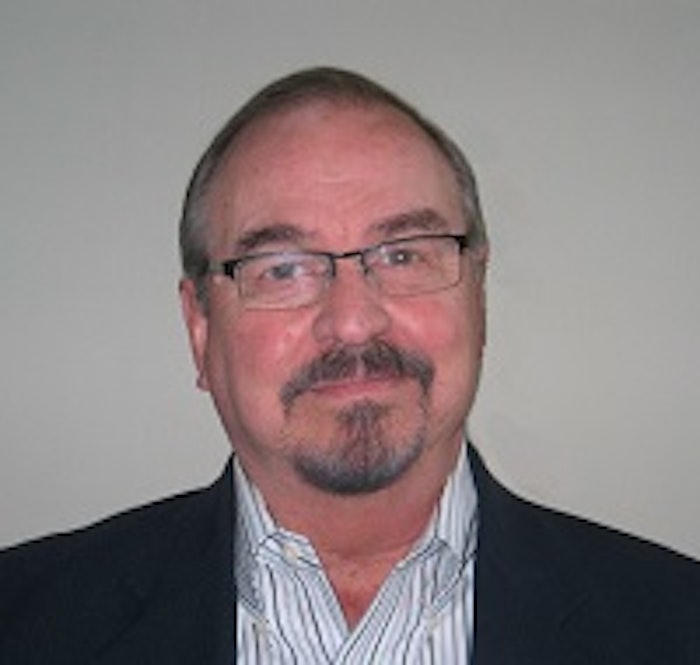 Jeffrey Barach explains how blockchain may be a more thorough, accurate and timely solution for traceability in the food supply chain.

Once again, the public was notified by the Food and Drug Administration (FDA) along with the Centers for Disease Control and Prevention (CDC) concerning their somewhat successful efforts into finding the potential source of a recent multistate foodborne outbreak. The agencies conclude E. coli O157:H7, which caused at least 210 illnesses and five deaths across 36 states, was linked to California-grown romaine lettuce. As of January, the outbreak appeared to be over. However, FDA says it will continue its investigation into the potential sources and contributing factors that led to the outbreak. As a partial fix, FDA recommended to suppliers that romaine lettuce should be labeled with a harvest location and a harvest date to help mitigate future product withdrawals or recalls.

According to an article included in the “Safe Food Project” from The Pew Charitable Trusts, government officials described the investigation as very challenging due to the fact that the ability to trace lettuce back to a specific farm had been hampered by inadequate recordkeeping (Eskin, 2018). Pew noted that investigators sifted through hundreds of paper invoices, and in some cases, found gaps in critical records. Traceback was described as a time-intensive process of collecting and examining nonuniform records from multiple businesses. Pew concluded that improved traceability and better recordkeeping at businesses producing and distributing food would increase the speed and effectiveness of outbreak investigations and minimize the impact of recalls due to unsafe foods.

This and other major 2018 food recalls beg a reoccurring question: Are there better ways for industry to track and trace foods in the food chain to be more accurate, thorough, timely and efficient in recall situations?

FDA’s current recordkeeping and retention requirements are basically the product of two extensive regulations that deal with food traceability. First, the Bioterrorism Act of 2002 gave industry the mandate of traceability with the concept being “one step forward and one step back” (Federal Register, 2004). This means each facility in the food supply chain is required to show where a product is going as well as where it has been.

In FDA’s 2011 Food Safety Modernization Act (FSMA), Congress directed the agency to establish product traceability requirements for businesses that would protect public health and designate high-risk foods that warrant additional recordkeeping (Federal Register, 2015).  Although FSMA supports and expands the Bioterrorism Act traceback rules by requiring facilities to establish and implement a food safety system that includes preventive controls, expanded recordkeeping requirements and a recall plan, some groups, including The Pew Charitable Trusts, advocate that FDA’s task is incomplete. They have urged the agency to issue more effective traceability requirements and to place fresh produce, including leafy greens, in the high-risk category (Eskin, 2018).

Pew and others say that when conducting a traceback, FDA needs access to the required records at each point in the distribution chain for the implicated food. Current traceability rules following the one-step- forward-and-one-step-back design are considered by many as not being sufficient to meet FSMA traceability requirements. Some have suggested that new systems like blockchain may help to solve the traceability needs by implementing a transparent, efficient and autonomous recordkeeping system that would improve farm-to-fork traceability.  Blockchain for foods is in the spotlight as a potential tool to improve transparency and better facilitate recalls when necessary.

Blockchain was initially developed as part of the cryptocurrency Bitcoin monetary system. It is defined as a shared, immutable ledger that has the potential to be the technology that redefines those traceability processes and many others because it facilitates the process of recording transactions and tracking assets within the environment of a business network.  Blockchain essentially serves as a shared, permission-protected database for recording transactions. However, its benefits may extend far beyond those of a traditional database (Gupta, 2018).

The technology used in the cryptocurrency context looks different from how it could be developed for use in the food chain. Bitcoin’s blockchain is a digital ledger that works through a consensus of computer systems working together. In the food industry, blockchain operations may be similar, but more focused on intended outcomes quite different. For example, the value and ownership of a virtual currency (Bitcoin) is intrinsically different than the traceability history of a spice grown overseas and distributed and consumed in the United States. As an important difference, Bitcoin ownership and transactions can be masked within the blockchain system for privacy; a food blockchain has the intent of unmasking the ownership to companies and regulators if a recall is necessary. The attraction of blockchain for foods is that it has the potential to help companies manage the flow of goods and related payments, or enable manufacturers to share production logs with manufacturers and regulators to reduce product recalls (Gupta, 2018).

Some retailers have already begun exploring blockchain for foods. In the fall of 2018, Walmart announced a limited blockchain system for its leafy green food supply chain. For Walmart, the system is designed to identify where a particular head of lettuce came from (farm location and harvest data) as well as how the lettuce moved through the food chain to the consumer (Splitter, 2018b).

For Walmart and regulators, the technology gives a jump start on any investigation. Rather than using a classic paper trail, blockchain data may pinpoint the food source within seconds versus days. Further insight into Walmart’s investigations into the potential impact of blockchain is available. Its business strategy is outlined in a recent publication that discusses several models to help determine the utility of the technology in today’s food systems (Yiannas, 2018).  Walmart’s forward-thinking has also offered some guiding principles for the development of blockchain solutions as a collaborative instrument for consideration by those who are interested in pursuing blockchain solutions.

Discussions about blockchain for foods are becoming quite active on certain Twitter feeds. For example, FDA Deputy Commissioner, Food Policy and Response Frank Yiannas (former head of food safety for Walmart) is exploring the benefits of blockchain technology for foods (@FrankYiannasFDA; 2019 tweets on blockchain).

Food blockchain applications run on software databases and may work well if the food manufacturer is vertically integrated. However, to be a broad industry resource, blockchain software must be accessed by multiple companies and multiple users. IBM Food Trust, for example, provides a platform for the food industry to investigate blockchain opportunities (Gupta, 2018).

IBM Food Trust intends to bring together growers, processors, wholesalers, distributors, manufacturers, retailers and others to enhance visibility and accountability in each step of the food supply chain. Big Blue says Food Trust directly connects participants through a permissioned, permanent and shared record of food origin details, processing data, shipping details and more. The benefits of a shared system include: secure sharing of permissioned data through a holistic food supply chain solution, faster responses to recalls and other food safety issues to reduce foodborne illnesses, publishing and querying standards-compliant data for powerful food trace and recall capabilities, and sharing and viewing single-sourced inspection and quality certifications and registrations throughout the supply chain (Gupta, 2018).

Not everyone agrees that blockchain will integrate and revolutionize the food chain. In a recent Forbes article, Sarah Taber, a North Carolina crop scientist says, “There’s nothing blockchain can do that a database software program can’t do.” She also says that the information is only as good as the integrity of the inputs and depends on people to keep good records and use the tools properly. Taber concludes that blockchain for the food industry is basically a nonstarter (Splitter, 2018a).

Implementation of fast and accurate food traceability systems across thousands of global businesses will take time and cooperation among the food industry and regulatory agencies. FDA can help by providing support for investigating this issue. Continued attention to FSMA’s traceability provisions and developing guidance with industry can improve the success of foodborne outbreak investigations and minimize the impact of product recalls.

Blockchain may provide enhanced capacity to trace contaminated food to its source. It remains to be seen if blockchain will give government agencies and companies better tools to address transparency problems and to prevent them in the future.

Today, many producers typically do not identify the specific farms where items like fresh fruits and vegetables are grown. In addition, produce from many different growers can become commingled along the supply chain, further complicating traceability. Tracking ingredients is also a complex problem (e.g. the peanut butter/ingredient recalls of 2009 involving more than 3,600 products).

Some say that current recordkeeping systems used by competent workers in combination with existing technologies could help companies and government agencies more rapidly access critical data to track foods implicated in disease outbreaks and subject to recalls. Developments in packaging and labeling, such as machine-readable optical labels, expanded barcodes, RFID tags or perhaps QR codes on packaging, also will become part of the traceability solution. The food industry’s quest for improved traceability may include blockchain solutions, but at this early stage, it remains to be examined and tested to determine its utility and its possible place in food chain applications.

Federal Register, 2004. Establishment and Maintenance of Records Under the Public Health Security and Bioterrorism Preparedness and Response Act of 2002. Vol. 69, Dec. 9, 71561.

How Does a Digital Twin Work in Practice?

Learn how digital twins can be used to represent pieces of equipment as well as entire plant floor operations, the specific value provided by a digital twin to improve production operations, and what industry segments are using this technology most.
David Greenfield
Mar 15th, 2022

U.S. government-funded CESMII is using ThinkIQ’s intelligence platform to drive smart manufacturing in a pilot project at a chicken rendering plant. The findings could help improve efficiencies across all kinds of energy-intensive industries.
Aaron Hand
Jul 6th, 2021
More in Software

The Bourbon Trail is facing tight margins and market erosion, making the insights from Parsec’s TrakSYS software particularly helpful. But the food and beverage industry overall could benefit from capabilities in OEE, track and trace, and more.
Aaron Hand
May 25th, 2021

Switching over from manual recordkeeping to digital tracking has provided the producer with a more accurate view of walnut quantities, qualities, and a host of other attributes that were previously difficult to monitor.
Aaron Hand
Mar 14th, 2021