Though COVID-19 certainly caused its share of issues as meat processors raced to figure out how to keep their workers safe, one of the biggest challenges the smaller organizations have faced is how to keep up with the rising demand. 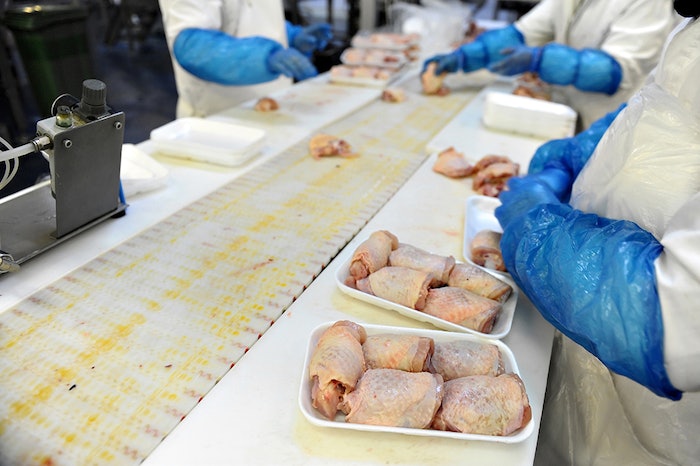 If there’s any food sector that’s been impacted by the COVID-19 pandemic, it’s certainly meat processing. From the get-go, meat plants—where workers typically work shoulder to shoulder and have to shout to be heard over loud machinery—were hit hard and quickly became coronavirus hotspots. Plants were closed, operations suspended, and the big meat producers in particular had to figure out how to make production safer for their workers and for the supply chain.

“It really affected some of the big plants in a very negative way. And then it affected the whole supply chain,” says Dan Sambrooks, president and CEO at Diligent Innovation, which makes meat processing equipment and also designs meat plants and their production lines. “I’ve been in this business basically my whole life. I’ve never seen anything that’s affected the meat business and supply side like this.”

Changes made in reaction to the coronavirus will likely stay in place long-term. “I don’t know that the Plexiglas dividers will ever go away. There will be increased awareness because COVID-19 had such a profound effect on the industry,” Sambrooks says. “The plants shut down and tightened up the food chain, and there were ripple effects from the farmer all the way to the consumer.”

Ultimately, though, Sambrooks marvels less at the day-to-day shift in operations that COVID-19 has caused in meat processing operations than he does at the profound effect the pandemic has had on the business overall.

Consumers are increasingly turning away from the big operations in favor of getting their meat from smaller producers. They want to know how the animal was raised, whether it received antibiotics, what sort of environment it was raised in, and whether it was handled humanely. “They’ve become very involved in their decision of what they purchase and what they consume, and how they purchase it,” he says, musing, “I never thought people would be buying meat over the Internet.”

These trends were already taking root before, but the pandemic just compounded all of this further. “COVID-19 just accelerated it to a staggering level,” Sambrooks says. And while big meat processing plants in particular have struggled to keep their workers virus-free, smaller producers have benefited from a significant increase in business.

In a recent customer meeting, a meat producer in Portland, Ind., noted that it was booked up for the rest of this year and into next year—a situation that is not atypical. “The pandemic has really shifted the whole business,” Sambrooks contends, noting that consumers have been driven increasingly to get their proteins from a more local source. “It’s really given a shot in the arm to the smaller manufacturers and medium-sized producers.”

Also, greenfield projects are being opened by people who don’t necessarily have a lot of experience in the meat business. Sambrooks points to a customer in North Dakota who recently started operations based on his e-commerce and marketing background and since day one of operations has more orders than he has supply. Another project that Diligent is working on in Arkansas is with a farm family of smart businesspeople who have decided to build a plant to process their own cattle and sell straight to the consumer. “They see the opportunity and are willing to invest their hard-earned capital to move forward,” Sambrooks says.

In fact, Diligent Innovation doesn’t have a single small to medium-size meat customer whose business has been adversely affected by the pandemic, Sambrooks contends. “They’ve all seen a minimum 30 to 40% increase year-over-year in business and continuing,” he says.

Plant operators are trying to manage this sudden growth, Sambrooks says, making plans to add or update equipment and production lines, but it’s not always easy. “A 30% number on an operation that’s not used to managing that type of growth—it’s something for them to get their heads around,” he says.

Though COVID-19 had more profound adverse effects on some of the bigger meat organizations, those bigger plants have been better able to implement automation to counteract common workforce woes. Sambrooks notes that finding enough people to work in meat processing plants has been a problem his whole career, and COVID-19 has only compounded that. “A lot of that was already in process just simply because the workforce was so limited,” he says. Now, some of the big plants are short 100-150 workers every day, he adds.

A large part of the automation is in the packaging end of the line because food tends to be more difficult to automate on the front end. “It’s a challenge in our industry with automation, especially on the harvest end of the business. Not all the animals are uniform—they’re not the same size, and they’re not presented in the work cell in the same manner,” Sambrooks says. “It’s not like a Ford car door. They have different body types and frames, making it hard to automate.” As vision systems get better, integration from one machine to another will get better as well, he adds.

Product safety demands and active health management are two areas that have increased since the start of the pandemic, and the results on the beverage industry will likely be long-term.
Kim Overstreet
Jul 26th, 2021

Manufacturing Skills Gap Widens in the Wake of COVID-19

A new study by Deloitte and the Manufacturing Institute says the pandemic erased 1.4 million U.S. manufacturing jobs. And, even as the industry rebounds, the remaining unfilled jobs could cost the U.S. economy $1 trillion.
Stephanie Neil
Jun 23rd, 2021

Food and beverage producers don’t see COVID-19 as a one-time event. As they actively prepare for the next global pandemic, they’re looking at the changes they need to make in plant design. Find out about their new ideas in this Take Five video.
Aaron Hand
Jun 18th, 2021

Coronavirus’s Impact, Learnings, and the Value of Discipline

Prior to the pandemic, manufacturers spent most of their time optimizing assets and processes. When the crisis struck, the industry was forced to reinvent day-to-day activities. Refocusing on people is the key to being prepared for future uncertain times.
Stephen M. Perry, Ph.D.
Jun 9th, 2021

The COVID-19 pandemic prompted food and beverage manufacturers to implement several new safety measures along with cutting-edge technologies geared toward maintaining production in a booming market. As we move forward, which changes will take root?
Aaron Hand
Jun 8th, 2021

Though COVID-19 certainly caused its share of issues as meat processors raced to figure out how to keep their workers safe, one of the biggest challenges the smaller organizations have faced is how to keep up with the rising demand.
Aaron Hand
May 14th, 2021

Consumer demand for protective and hygienic packaging during the COVID-19 pandemic has brought new innovations in the areas of sleeve, film, and cardboard coatings.
ThePackHub
Mar 24th, 2021

How to select a solution for accessing equipment remotely that can work for both OEMs and CPGs.
PMMI
Jan 29th, 2021

Keto is the Magic Word for 2021, Along With More Spice and Low-Alcohol Content Drinks

Beumer has added augmented reality to the tools available to its customers while servicing equipment, enabling faster, easier support. The OEM even used the smart glasses technology to commission and install new equipment during the COVID-19 pandemic.
Aaron Hand
Nov 13th, 2020

CPGs Lean on OEMs During the Pandemic