Brewing Up a Flexible, Scalable Batch

The popularity of Mother Earth Brew Company’s craft beers meant a production expansion into a new facility, using a new control system that could run multiple batches on the same process skid. 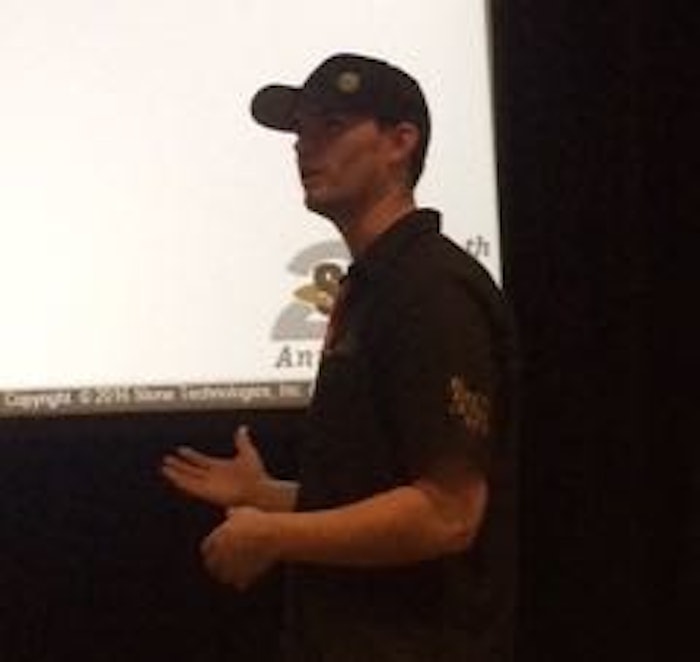 You just can’t hold back a good homebrew, especially when it comes from Mother Earth—Mother Earth Brew Company that is. The San Diego, Calif., craft beer company started in a garage in 2008, expanded into a family business in 2010, grew into a second local tap house in 2012, and is now expanding into a new production facility in Nampa, Idaho.

This greenfield expansion into a 40,000 sq. ft. space, which began in 2016, is set up with a four tank system including a mash mixer, a lauter tun, a brew kettle and a whirlpool tank. There is also an integrated clean in place (CIP) system—in which the tanks can clean themselves—as well as fermentation controls and bright beer controls.

The craft brewer partnered with Paul Mueller Co. for the process engineering and Stone Technologies for the automation installation. In order to fulfill the company’s needs, the engineers and integrators needed to build a control system that was flexible, reliable and the process needed to be repeatable.

“We have seven different brands, but our portfolio includes 60 to 70 different beers in a twelve month timeframe,” said Chris Baker, head brewer of Mother Earth Brew Co., who was presenting during a breakout session at Rockwell Automation’s Process Solutions User Group (PSUG) earlier this month. Due to the variety of flavors, the system needed to be able to run multiple batches on a process skid. “We might start with an IPA and then a Cali Creamin [ale] back to back.”

Just as important was ease of use as there would be no system programmer working on day-to-day operations. In other words, brew masters would have to be able to control a process with no understanding of PLC programming.

To accommodate Mother Earth’s brewing needs, Rockwell Automation’s PlantPAx distributed control system (DCS) was deployed. During PSUG, Rockwell executives referred to PlantPAx as the “modern DCS,” meaning it is based on an integrated architecture of process, discrete and safety controls, leverages open communication via commercial servers and EtherNet/IP, and is scalable with a range of architecture options to right-size control for the application.

The Mother Earth application, specifically, used Sequencer Object, a controller-based step sequencing system that allows sequences to be configured directly through a standard interface without requiring code changes. This reduces engineering time for system integrators, while increasing process repeatability for end users. In addition, the system included Batch Scheduler to schedule brews ahead of time, as well as other parameter values for non-brew operations, like CIP.

The system met the company’s flexibility needs as well as keeping careful control over tank temperatures, pressures and water balance between hot and cold tanks. Batch number creation is in place for reporting of historical data, and Stone, using a Rockwell configuration tool, created a reference chart of actual running processes.

The benefits of PlantPAx is that it keeps end users involved from start to finish. “We started the system up in a week and Chris took over with no programming or automation experience,” said Ryan Williams, project manager at Stone Technologies. “With the tools that Rockwell created and [tools] we have created ourselves, it creates consistency and a structured program.”