A French manufacturer of infant foods uses bio-based heat-transfer fluids to save energy and reduce its carbon footprint. 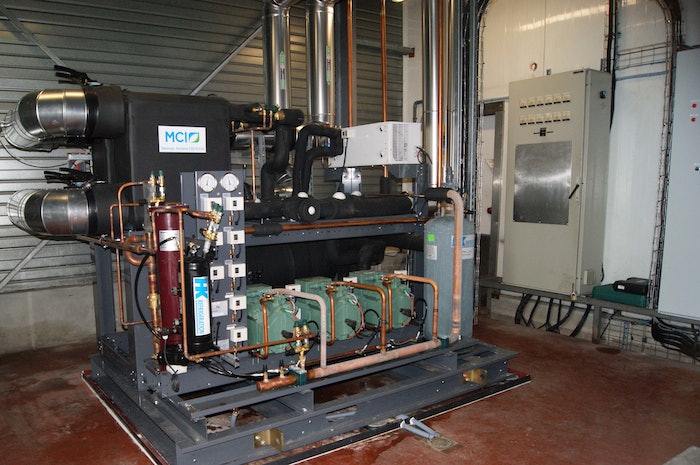 When Blédina sought to replace its refrigeration system at its plant in Brive-la-Gaillarde, France, the company wanted an energy-efficient solution that could minimize its carbon footprint in order to stay true to its mission. As a Danone company, sustainability is part of Blédina’s business strategy. Danone recognizes that climate change significantly impacts the food industry. So it works to reduce global warming by helping to contribute to a carbon-free economy. Therefore, Blédina is also committed to reducing its environmental impact. After reducing its carbon footprint by 37 percent between 2007 and 2013, Blédina aims to reduce its carbon footprint by 50 percent by 2020.

That’s why the company settled on Greenway Neo heat-transfer fluid from Climalife for the secondary refrigerant circuit when it replaced its refrigeration system. Nicolas Tomaz, technical manager of refrigeration at Blédina, wanted to use a high-performing, sustainable heat-transfer fluid that could save energy and comply with environmental standards ISO 14 001 (environmental management system) and 50 001 (energy management).

The company’s previous refrigeration system leaked a small amount of refrigerant gases like R-22, but they were still a significant source of greenhouse gas emissions due to their high global warming potential. In addition, refrigerant losses negatively affect the energy efficiency of a refrigeration system, leading to increased energy consumption.

“Our goal was to replace R-22 with the most environmentally friendly and energy-efficient fluids,” Tomaz says.