Using data from its Wonderware MES, New Belgium Brewing is in the process of digitally transforming its business to understand and eliminate production constraints and grow its business.

The digital transformation of business has been widely discussed for years now. While perspectives on this industry-changing evolution vary, a few facets of it are becoming more clear as companies increasingly apply digital technologies to improve specific aspects of their operations. Many of the steps taken by New Belgium Brewing serve as good examples of how this is happening.

New Belgium Brewing is the fourth largest craft brewer in the U.S., producing 850,000 barrels of beer a year with distribution in all 50 states. But in 2011, the company ran headlong into a major constraint. The new bottling line it installed in 2007 to accommodate the company’s double digit growth hit capacity.

With the line running 24 hours a day, seven days a week, the company initially thought it would need to buying another, expensive new bottling line to accommodate for its continued growth. But it decided to take a closer look at equipment data first.

Ray Matthews, manager of production applications at New Belgium Brewing, said, “We began to look at what our bottling line capacity really was, and we realized that people were calculating it differently. So we decided to approach it from a basic engineering viewpoint [to establish a baseline]. Since the botting line could fill 700 bottles/minute, and we were running it 24/7, that meant we should be producing 294,000 cases per week. Knowing this, the question then became: Why is our biggest week producing just 150,000 cases?”

To better understand what was happening, New Belgium Brewing began speaking to its operators in more depth and discovered that there were numerous and varied perceptions about the causes of downtime and operating speeds. This led them to look deeper into the pieces of equipment that were causing the downtimes and what the root causes for those downtimes were. “This is when we realized we needed more information to know what to solve,” said Matthews.

With the input of a new packaging manager hired around this time, the company selected Aveva’s Wonderware MES to deliver the information it needed. This choice was made because we “needed an MES to recognize and record line operations factors, expose what factors took the line down and why, and provide a GUI (graphic user interface) for operators to add input for downtime context. We also needed for it (the GUI) to be visually fun to achieve operator engagement,” Matthew said. He added that New Belgium Brewing worked closely with its system integrator, APEX Manufacturing Solutions, to achieve all of these goals with the MES.

Some of the biggest changes resulting from New Belgium Brewing’s application of the Wonderware MES include the creation of:

Matthews said the operator feedback on the HMI has “helped turn operations into a competition. No one wants to be the operator who’s behind compared to where they should be. On its own, this led to great efficiency improvements.”

Collectively, the changes made at New Belgium Brewing based on application of the data gathered via the Wonderware MES have helped the company understand the real capacity of its bottling line. “We were able to measure our intentional and unintentional downtimes and be able to understand and work on the specific issues that would make a real impact on the line and production,” said Matthews.

This meant that the company was able to push the capacity of the line to fulfill future demand without having to invest in a costly new line. “We’re still running with that same bottling line,” said Matthews, “it’s no longer our capacity restraint.”

Matthews added that, following the improvements to its bottling line based on MES data, the company has identified two additional areas where better insights into performance can help improve its processes: its brewhouses and its chilling operations. They are currently in the process of applying the same steps used to improve its bottling line operations to improve the uptimes and efficiency of these two areas of beer production.

Automation World has been covering New Belgium's Brewing's application of automation technologies for quite some time. Here's a look back at our 2011 coverage of their use of PID loops, process water treatment and energy generation and wireless networks: https://www.automationworld.com/video/food-and-beverage/automation-and-control-new-belgium-brewery 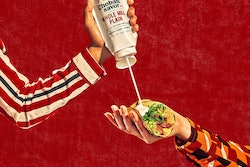 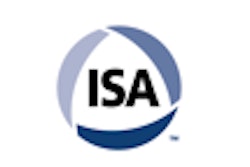