Despite the fact that marijuana remains illegal in the U.S. at the federal level, growers, machine builders and technology suppliers say the time is right to invest in this market. 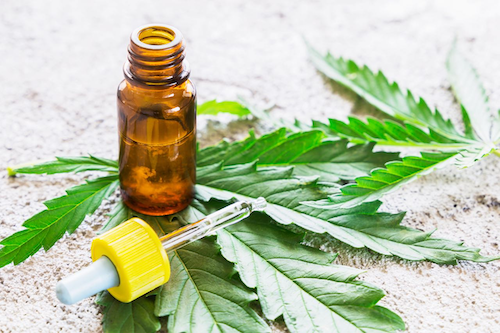 Despite the drug still being illegal at the federal level, investors and growers are eager to get into the cannabis industry.

On October 17, 2018, the recreational use of marijuana became legal in Canada, opening the door to what is projected to become a CAD $7.0 billion market by 2020 (USD $5.45B) according to New Frontier Data, a business analytics company that researches the cannabis industry.

And, despite the fact that marijuana is illegal at the federal level in the United States, the cannabis market is budding—to say the least—as investors and growers throw money towards start-ups in the states where medical and recreational sales are legal.

According to the PMMI report, Here to Stay or Up in Smoke? A Look at the U.S. Cannabis Market, the legal cannabis market in the states is projected to reach $24.5 billion by 2020. Right now, these cannabis companies employ about 100,000 to 150,000 workers, mainly in labor-intensive positions, the report says. And that means, as operations scale, these companies will need automation.

I recently spoke with the co-founder of grower Soulshine Cannabis, who attended PACK EXPO in Las Vegas last year looking to find a weigh filling and packaging machine. Another cannabis company, Coastal Canna based in Maine, recently attended MJBizCon with a similar purpose of finding equipment that will help the small company escalate into the 5,000-sq.-ft. grow room the company founders have set up as they await Maine law to lift the limit on the maximum number of plants the company can grow.

But it’s not just about small mom and pop shops as we are starting to see some large beverage companies—specifically alcohol—making investments. For example, Constellation Brands, based in Victor, New York, the parent company of signature beers Corona and Modelo, made a $4 billion investment in Canadian company Canopy Growth Corp., entrenching itself in the legal Canadian market and positioning itself for the U.S. market, when the time is right. Similarly, Denver-based brewer, Molson Coors Brewing Co., recently entered into a deal through its Canadian unit to develop cannabis-infused beverages.

Needless to say, automation suppliers and OEMs are taking notice. Still, cannabis is one of those areas that is fraught with confusion because, on one hand, the market is experiencing exponential growth which is enticing to anyone wanting to build new business. On the other hand, despite some U.S. state laws that allow medical and recreational marijuana use, it is illegal at the federal level and considered a Schedule 1 substance, defined as drugs with no currently accepted medical use and high potential for abuse (heroin is on this list, too). Therefore, it is illegal to manufacture and sell under federal law, which puts all the of the people in the cannabis supply chain at risk—including the technology providers and the machine builders.

And, in Canada, where cannabis is now legal, the stakes are even higher for those technology and equipment suppliers who are doing business across the border in the United States. Under U.S. federal law, border agents questioning individuals can ban people from entering the country if it is discovered that they are working with cannabis companies. There have even been reports of OEM executives being barred for life because they are providing equipment that facilitates the production of cannabis products, and therefore they are being labeled as drug traffickers.

I recently reported a story for Automation World’s sister publication, OEM Magazine, called “Fertile Ground” to be published next month, that looks at some of the opportunities and obstacles machine builders face as they start selling equipment into this market. There is a lot to understand and even worry about, including accepting money from the customer, as financial and banking services are not allowed to work with plant-touching businesses. The same risks are there for automation suppliers who are working directly with the manufacturer, I would assume.

In a just-released report from PMMI Business Intelligence, 29% of CPG respondents said they do not allow any remote access in their facilities.
Pat Reynolds
Sep 25th, 2020

Athina Kanioura has been tapped to lead company-wide transformation and end-to-end strategy, including the company’s digitalization and data strategy.
Morgan Smith
Sep 14th, 2020

Craig Francisco was named President of RōBEX. He will lead and manage the day-to-day operations of the company and its three business units: Automation & Robotics, Industrial Services and Annealing Lehr installation & maintenance for glassmakers.
RōBEX
Sep 11th, 2020