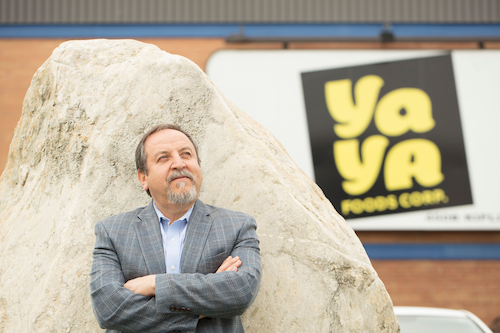 Yahya Abbas, President and CEO of Ya YA Foods

Yahya Abbas has a degree in civil engineering from Great Britain. It’s hardly surprising, then, that the 59-year-old President and CEO of beverage contract packager Ya YA Foods in Toronto, Canada, still considers himself to be more of an engineer than a pen pusher. “I am a facilitator,” he explains. His philosophy is to not simply wait and see which challenges happen to come his way, but instead to seize the initiative and actively anticipate the needs of the market. “I invest and generate capacity; our customers then come to us of their own accord,” he says.

Indeed, almost all of the big beverage brands have their products bottled by Ya YA Foods. “Our clients include the world’s top-10 beverage brands,” says Abbas. “Some of them have been our customers for 30 years.” During this time, Ya YA Foods has developed a number of innovative products and a host of different packaging types and now has a wealth of experience in filling sensitive beverages such as high- and low-acid products.

“Beverage is plant-based, inside and out”

“PET bottles are making waves in the liquid dairy industry”

“Dairy is First in South Africa to Use Bio-Based Closure”

Initially, Ya YA Foods filled high-acid products such as juice, smoothies, and tea. Later, as the trend for low-acid products grew, the company increasingly concentrated on plant-based dairy beverages made from peas, soy, and cashews, for example, as well as on animal dairy products. A maple water—a typical Canadian product—is also being bottled in Toronto at the moment. 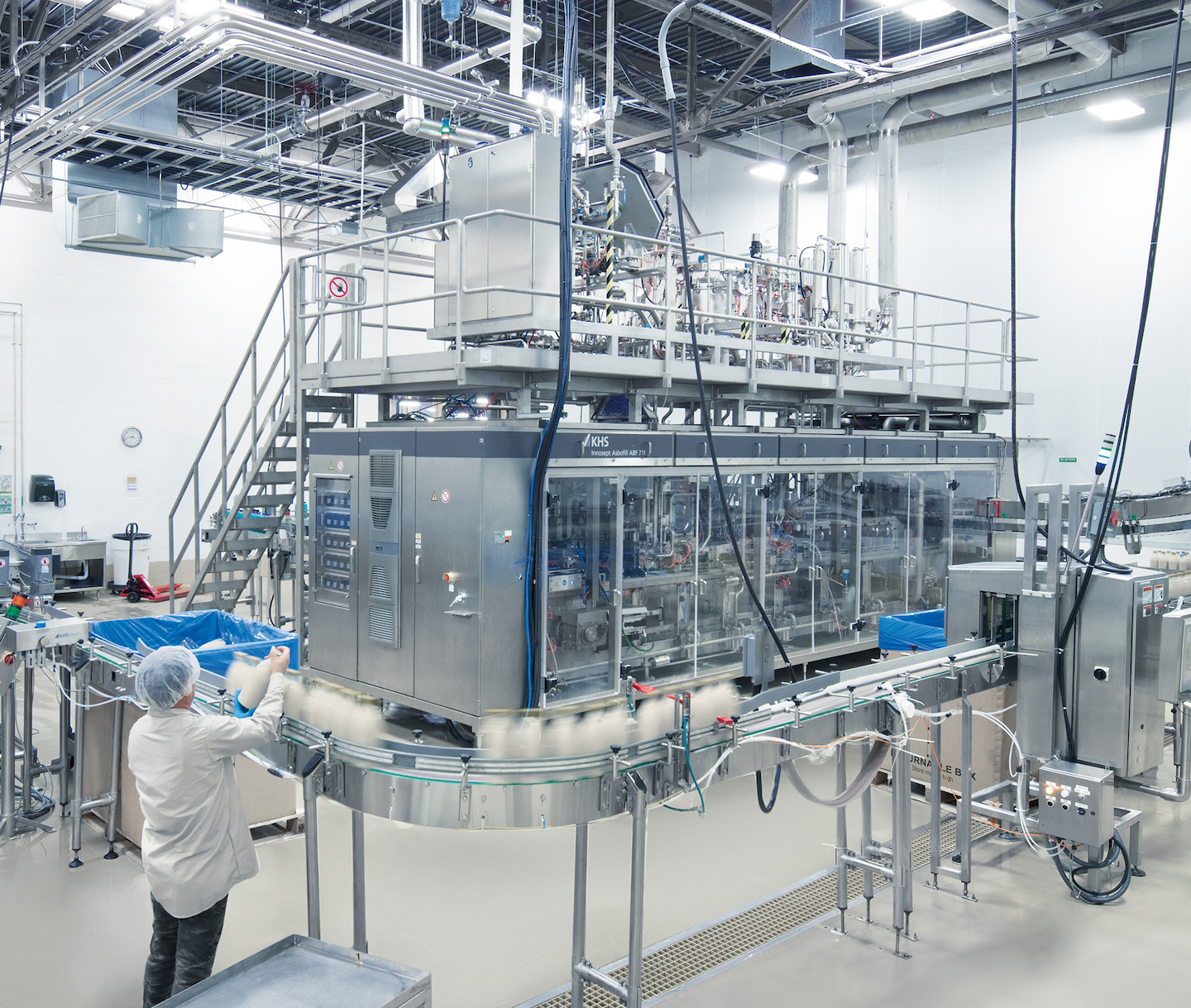 Since the middle of 2018 smaller batches are also being produced on a KHS aseptic line designed for up to 12,000 1-L bottles/hr.There is a high demand for quality aseptic processing and packaging in PET containers for these sensitive products, Abbas relates. “Our maxim is to not only meet the regulatory requirements of the FDA or GMP, for example, but also exceed them,” he says. To do this, Ya YA Foods has 250 highly qualified employees. Besides investing in basic and advanced training of its personnel, the company also makes use of modern measurement systems and manufacturing technology. Using highly automated lines, Ya YA Foods’ bottling plant needs only 65 machine operators to produce a daily output of approximately 1.5 million units.

Ya YA Foods procured its first bottling equipment in 1992 from KHS predecessor Holstein & Kappert. In 2010, Abbas invested in a KHS Innosept Asbofill ABF 71 TWIN aseptic filler with a capacity of up to 24,000 1-L bottles/hr, from KHS’s American subsidiary. Originally equipped with two sealing machines for film/foil seals, both machine parts have since been converted to screw caps to satisfy growing market demand. Besides classic milk products Ya YA Foods also bottles plant-based dairy beverages that use peas, soy, and cashews, for example.Since the equipment was installed, Abbas says it has provided reliable adherence to hygienic requirements as well as flexibility. “Format changeovers in the filler area are quick and trouble free,” he says. “KHS gave us the best option back in 2010, and nothing has changed in this respect. This is a very good system, and our partners excel with their extensive expertise and many outstanding ideas.”

In June 2018, Ya YA Foods began operating a second KHS aseptic line for up to 12,000 1-L bottles/hr, on which smaller batches are also produced, helping to procure new customers. According to the company, approximately €13.3 million (approximately US$14.5 million) has been invested in KHS technology to date, including another KHS aseptic line installed and commissioned in September 2019 that offers new technology and greater efficiency than Ya YA Foods’ other machines.

‘2019 Trends and Advances in Food Packaging and Processing’

The food industry has undergone significant changes over the last few decades as consumer desires and modern lifestyles have facilitated a shift in how people perceive food.

A PMMI report, “2019 Trends and Advances in Food Packaging and Processing,” presents a collective voice of 55 of the largest food manufacturers and SMEs sharing their insight into the changes and challenges taking place on the plant floor. One hundred seventy-five references and sources are summarized that present the trends driving food processing and the advances in food packaging.

Additional projects are planned for the site over the next several years to support the company’s growth initiatives in the retail and foodservice markets in the U.S. and abroad.
Morgan Smith
Aug 9th, 2020

Goals originally set in 2008 and refreshed in 2015 were among the most ambitious in the industry.
Morgan Smith
Aug 8th, 2020

Recalculating for a Better New Normal by Year End

From pandemic preparedness certification to augmented reality tools, food and beverage manufacturers are embracing new tools. Plus see how Nestlé uses smart glasses to work on complex projects at its facilities during the coronavirus crisis.
Joyce Fassl
Jul 29th, 2020

Are You Earning What You Should (or Could) Be Earning?

A new book reveals how “future-back” thinking—defining what the company will look like decades from now and working backwards—can encourage innovative ideas that will create breakthrough growth.
Stephanie Neil
Jul 24th, 2020

A switch to air pressurizing the tankers, instead of using tanker truck pumps, resulted in nearly 100% of product to be emptied from each tanker load.
Joyce Fassl
Jul 24th, 2020

In an effort to cut costs, Coca-Cola is cutting underperforming brands, products, flavors and packaging that are not delivering on returns.
Kim Overstreet
Jul 22nd, 2020

The move is being taken to bring a more structured approach to innovation and the development of additional products, while enabling the company to build on the strength of its brands.
Morgan Smith
Jul 22nd, 2020
More in Home

The certification provides assurance for the food and beverage supply chain and consumers that companies are committed to establishing and maintaining best practices.
Joyce Fassl
Jul 21st, 2020

Ted Speas will assume responsibility for all aspects of the company’s distribution and logistics business unit.
Morgan Smith
Jul 20th, 2020

You Can Always Get What You Want From RFPs

CDC Update: COVID-19 Among Workers in Meat and Poultry Processing