Recently, the independent testing organization TÜV Süd carried out a comparison of the pumps, realistically simulating a standard industrial process. Under these conditions, the result was clearly in favor of the oil-lubricated rotary vane vacuum pump.

In the TÜV Süd comparison test (Figure 1), the same vacuum pumps were used as in the previous test. Each pump was supported by an identical vacuum booster. Real operation was simulated, without breaks or nightly shutdowns. The test setup and procedure were checked by a well-known manufacturer of vacuum packaging machines and confirmed as a realistic simulation.

In the test, a packaging machine with a 300-liter chamber and an 11.5-meter long pipe system between the chamber, vacuum booster, and vacuum pump was used. The chamber was evacuated cyclically to a vacuum level of 5 mbar.

Pumping speed and energy consumption also were measured during the test as a function of the inlet pressure. The specific energy consumption (SEC) at different vacuum levels was calculated from these measured values. The RVVP was shown to be superior to the SVP in all vacuum levels, with energy savings between 13 and 73 percent. At the vacuum level of 10 mbar (typical in practice), the RVVP consumed 38 percent less energy than the SVP (Figure 3).

A question of principle

The RVVP is a classic in vacuum pump technology, and the R 5 RA 0630 C benefits from decades of technical optimization for vacuum generation. In contrast, an SVP is basically a converted compressor. Although both vacuum generation and compression are about gas extraction, the different objectives require different technical solutions.

For compressors (and, therefore, an SVP), the compression ratio is usually 1:10; for vacuum pumps, it is 1:100 to 1:1,000. Technically speaking, this means that, in a screw compressor, the two screws and the housing can be manufactured with higher tolerances. The targeted compression ratio of 1:100 can be achieved, despite the increasing amount of internal leakage, but only because of the compensation of a much higher rotation (about 7,000 rpm at full load).

In addition, an SVP requires separate pressure control by means of an inlet control valve to prevent overloading the vacuum pump in the range between 1,000 and 300 millibar. Factoring in atmospheric pressure and rough vacuum, it works with significantly reduced performance. This and the design adopted from compressor construction make a significant contribution to extending its pump-down time.

The RVVP, on the other hand, is a pure vacuum pump with precision parts and minimal tolerances that reduce internal leakage rates to a minimum and ultimately enable a much higher compression ratio. Therefore, it provides constant performance from the beginning to the end of the evacuation with low energy consumption, and runs at a maximum speed of only 1,000 rpm. This lower speed reduces the mechanical load and, thus, maintenance requirements. The lower speed also makes it possible to achieve significantly longer downtimes and lower machine lifecycle costs.

The TÜV Süd comparison test was performed under realistic conditions, and “apples were compared with apples.” In other words, the actual performance data of vacuum generation was collected and compared. The R 5 RA 0630 C oil-lubricated rotary vane vacuum pump (RVVP) from Busch performed significantly better, both in terms of pump-down time and energy consumption, than the screw vacuum pump (SVP) originally designed as a compressor. The test results confirm the superiority of the best-selling vacuum pump in this performance class. 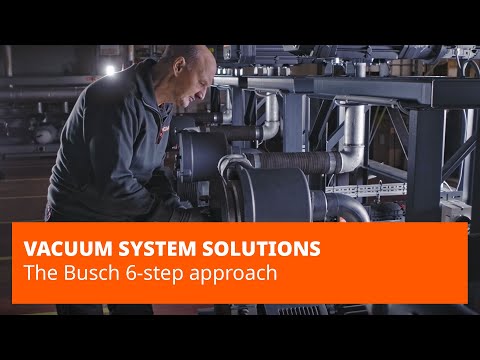 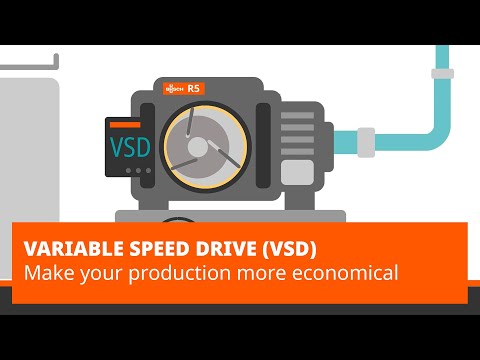 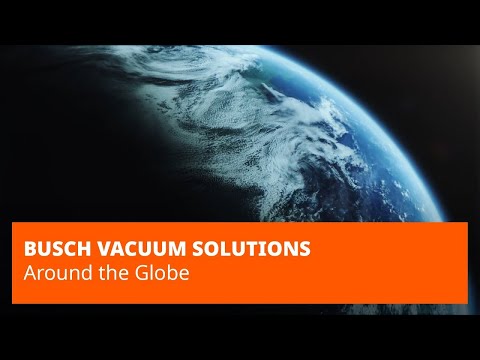 Busch Vacuum Solutions. Around the Globe. 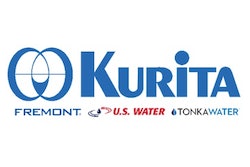