Voided, bio-based film being tested by Mars launched at interpack

A four-year, European-funded project involving all players in the supply chain, including end-user Mars, comes to fruition with a new voided, bio-based, multilayer laminated film that lowers density and improves yield. 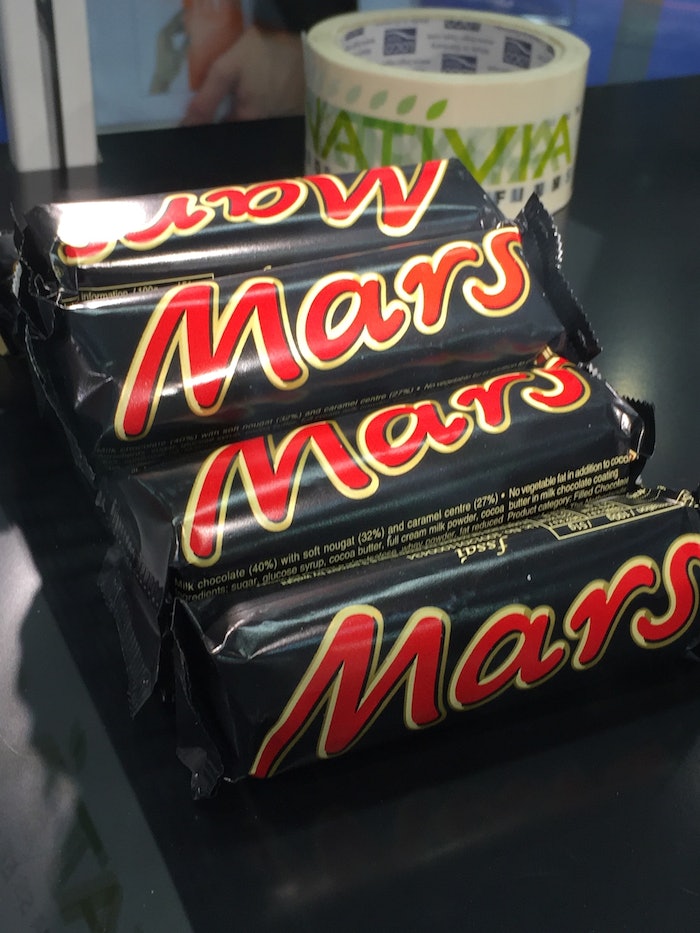 At interpack, Tagleef Industries has unveiled its new Nativia NESS bio-based film, a potato-starch and PLA-based white voided bio-based film. The material was originally designed for confectionary film Mars, in cooperation with Mondi and Rodenburg Biopolymers. Mars is still evaluating the film for its flow-wrapped candy bars and has exclusivity on some aspects of the wrap.

Nativia NESS has been in development for four years as an alternative to petroleum-based films. The film is voided, which Tagleef describes as involving a proprietary process that traps gas within the layer to lower the density of the film and provide a higher yield, as well as provide a white pearlescent appearance on both sides that reduces show-through. Rodenburg Biopolymers formulates the resin using starch created as a byproduct of potato processing, along with polylactic acid.

Tagleef extrudes the resin into a three-layer lamination that offers twist and deadfold, is suitable for cold-seal adhesive, can be gravure- and flexo-printed, and can be used for hf/f/s and vf/f/s applications.