On Oct. 3, Nooyi will be relinquishing the leadership position she has held for the last 12 years. However, she will remain chairman until early 2019. 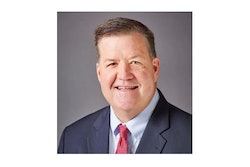