Coca-Cola Signature Mixers, designed to pair with premium dark spirits, will be sold exclusively in the U.K. starting next month in sleek Hutchinson glass bottles—a nod to the silhouette of the first-ever Coca-Cola bottle from 1894. 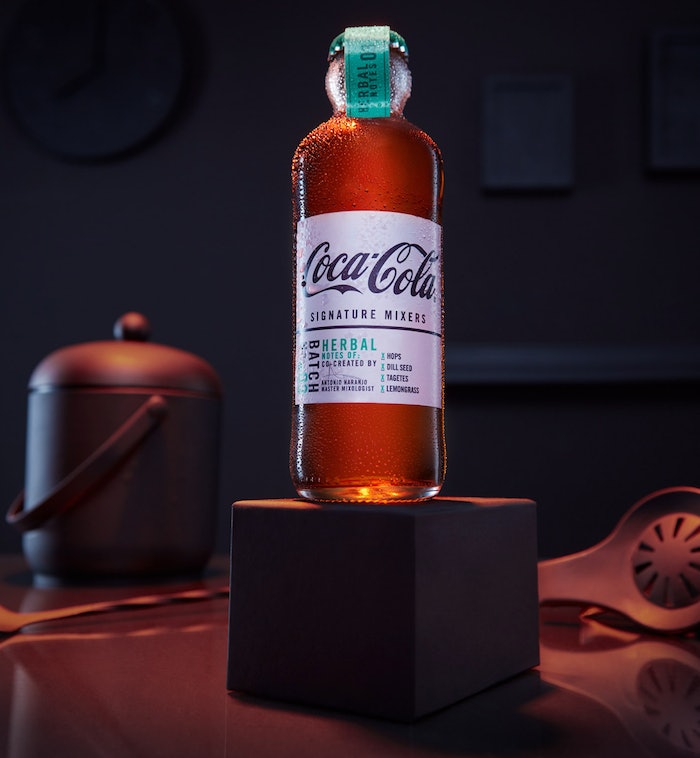 Coca-Cola Great Britain challenged a handful of the world’s leading bartenders to experiment with Coca-Cola and more than 200 contemporary and traditional ingredients. Last spring, several mixologists attended a Coke-curated workshop, where they created different recipes designed to pair with premium dark spirits. These four varieties bubbled to the top in consumer taste tests:

“Coca-Cola has always had a synergy with dark spirits and classic cocktails, from the inception of the iconic Cuba Libre in the late 1900s to the popular Whiskey and Coke in the early 20thcentury," says Ana Amura, senior brand manager,Coca-ColaGreat Britain. "With the rising popularity of mixed drinks, we’re excited to announce the launch of Coca-Cola Signature Mixers, a specific range uniquely created to mix with dark spirits. Working with an inspirational group of global mixologists to create amazing flavor combinations, we hope Coca-Cola Signature Mixers open up the world of mixology to an even wider audience.”