The Simatic PCS neo is a next-generation distributed control system built on a web-based collaboration platform that unites global engineering and operations teams within a single workbench.

Digital disruption was the theme at the Siemens Automation Summit 2019, the annual user conference that drew more than 700 people to Aurora, Colorado, this week to participate in hands-on training sessions, hear from industry peers, and learn about new products.

The big announcement at the summit is the official launch of Simatic PCS neo in the United States.

“PCS neo is our biggest innovation in the process control market in the past two decades,” said Raj Batra, president of Siemens’ Digital Industries USA, during the opening ceremony. “It’s a DCS that leverages the latest in web technology using HTML5 and offering multi-user engineering. It opens up tremendous possibilities in scalability that’s a great advantage, and I expect we will have a very strong footprint here in the U.S. in our DCS business.”

Having listened to its customers, Siemens zeroed in on the need to help manufacturers reduce commissioning time and speed time-to-market by increasing the flexibility, reliability, and the security of the control system. Customer needs are driven by the state of business today—such as having to support global engineering teams, having to scale production capabilities quickly, and the emergence of new technology ranging from intelligent mobile devices to simulation that blends the virtual and real worlds.

All of this requires that the DCS adapts — and that requires a new kind of architecture.

Simatic PCS neo’s web-based collaboration platform makes it easy for manufacturing teams to securely share information globally and easily change between the engineering and the monitoring and control views at any time.

While PCS neo is web-based, it’s not on the Internet, notes Doug Ortiz, a Siemens engineer who spent the last year working on the next-generation DCS. “It’s not dependent on a service provider, it’s on a closed network with servers on site. It uses the HTML5 environment to access the system.” The web-based set-up is also a “zero-client installation,” meaning typically only one engineering server and one monitoring and control server is needed to support multiple engineers and operators who would be using PCS neo on a workstation that only needs a web browser, preferably Google Chrome—but no DCS software is required to run locally there.

All information can be accessed at any time and from any location via a graphical user interface (GUI) and a secure web connection, allowing multiple users to work in parallel. “We bring the information to where it’s needed,” Ortiz said.

The GUI displays all relevant information in a single workbench enabling users to reach any application in a few clicks. The workbench also makes it easy to exchange between engineering and monitoring and control views. In addition, a central, object-oriented platform with a single database ensures consistent and reliable data. For example, with a single database, if a motor is added to a project, it automatically has everything in there, so there is no need to move information from one database to another. “The value here is not needing to compile to reuse information once it is added to the project,” said Ortiz.

In the area of collaboration, it also has the ability to create a workflow that is adaptable to what the user needs. Maybe that means splitting work by functions to keep experts doing what they do best while working in parallel to shorten time to market.

PCS neo uses the hardware of the process control system Simatic PCS 7 vs. 9.0, to protect existing investments. It also meets the requirements of the standard IEC 62443 and implements the multi-layer “defense-in-depth” security concept.

And while end users may be worried that a new system means their current DCS will soon be obsolete, Siemens officials say the introduction of PCS neo does not signal the demise of Simatic PCS 7.

“The journey started with Simatic PCS 7 Advanced Process Library and Control Module technology and hardware innovations in 2017,” Ortiz explained. “We can extend that infrastructure for next generation DCS. This isn’t a rip and replace operation that is getting you kicked off of PCS 7, that is not the message. The message is that PCS 7 is here to stay and what we are developing is an evolution of what you have, and we are putting new system software on top.”

That is the reason for the name: “Simatic PCS” points to the fact that Siemens is leveraging the 20 plus years of experience the company developed, making it the backbone of the next generation DCS. And “neo” is the Latin term for “new,” as there is new system software on top that allows end users to rethink process automation—from system access to usability to scalability to cybersecurity to digitalization and, of course, collaboration.

“Simatic PCS neo ensures all parties have direct access to consistent and reliable information at all times, enabling fast discussions between different teams,” said Axel Lorenz, Siemens’ vice president of sales & verticals for process automation, during a press conference. For example, an engineer could ask a colleague working on the other side of the world to take a look at the plant using a link and a log-in and tell them what they did differently. “It is a representation of the current state [of all plants] available in a central location for all users [to access] with one interface. Customers have a lot of information in different places, [so] this standardized approach is a real benefit.”

During the opening session at the Automation Summit, Batra talked more about the need to digitally keep up, noting PCS neo is important in that digital journey. And, both he and Lorenz highlighted how Australian paint company Dulux Paint is leveraging digitalization to create mass customization—decreasing batch sizes from 5,000 liters to 100 liters, eliminating up to 75,000 manual interactions and using Industry 4.0 principles to gain a competitive advantage. “Why highlight this example? It is so important because it talks about scalability,” Batra said.

And being able to scale a business to meet the needs of batch size one and mass customization not only creates efficiencies and faster time-to-market, but also new opportunities. “It’s not just about automation, but a new business model,” Lorenz said. 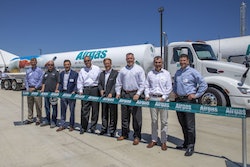 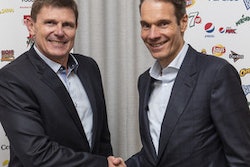 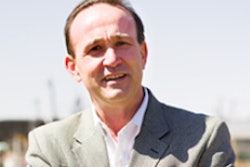