Though more plant-based meats are available, fewer consumers are responding favorably to them. Those more likely to eat plant-based alternatives are Millennials and Gen Z-ers, but they’re looking for price parity with traditional proteins.

Melissa Griffen
The plant-based meat market is on the rise.

As more manufacturers look to get into the market for meat replacements, they will need to be mindful of consumer demand. So what is it consumers want?

Overall, consumers’ plant-based eating habits have remained stable over the past year. But Gen Z-ers, in particular, are making more of a change than older generations, according to analysts with Revenue Management Solutions (RMS), which has released its annual Restaurant Consumer Report. “They have shifted their habits from plant-based meat trials to periodic consumption,” they report. “The RMS survey found a 7% increase among Gen Z-ers who ate plant-based meat alternatives at least once a week and a 9% increase among those who ate the non-meat options once a month.”

But Gen Z-ers, as a group, have shifted their habits from plant-based meat trials to periodic consumption, with those eating plant-based meats every couple of months rising 9% and eating the alternative meats multiple times a week up 7%, according to the Restaurant Consumer Report. Of those surveyed, 83% were self-proclaimed moderate to frequent restaurant goers—meaning up to five times a week.

The market is on the rise, but RMS’s research shows some mixed responses based on age group. According to the research, those more likely to eat plant-based meat alternatives are individuals who are:

Half of the consumers still consider plant-based meats to be too expensive; they expect plant-based meats to cost the same as meat-based menu items, and some restaurants have taken note to accommodate, the analysts note. Plant-based meat producers and processors continue to look for ways to lower product cost to meet consumer expectations.

To find out more, read the full Restaurant Consumer Report. 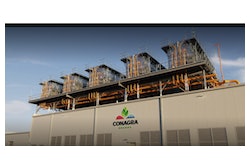 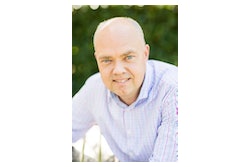