3 others are in critical condition, following the disaster at the Foundation Food Group facility in Gainesville, Ga.

At approximately 10:00 a.m. on January 28, authorities were called to the Foundation Food Group food packing plant in Gainesville, Ga., following the suspected rupture of a liquid nitrogen line inside the facility. Five employees died at the scene. In total, 12 people, including a firefighter, were taken to a nearby hospital. One employee died after arrival; three others remain hospitalized in critical condition.

The cause of the nitrogen leak is being investigated by the county sheriff’s office, the state’s fire marshal’s office, and the Occupational Safety and Health Administration (OSHA). 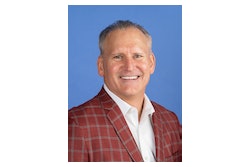