Following his suggested separation of the functions, Antoine Fiévet, current chairman and CEO of the Bel Group, will remain as chairman of the board. 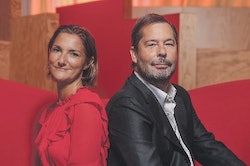 The Bel Group has named Cécile Béliot as chief executive officer. In her new role, Béliot will be responsible for the deployment of the group’s vision and the management of its strategy and performance. With the executive committee, she will continue the transformation of the group and the activation of its new levers for sustainable growth, including the acceleration of innovation, the strengthening of the group’s international positions, and the continued development of plant-based offerings, as a complement to the group’s fruit and dairy products. Antoine Fiévet, chairman of the board, will work with the board to define the group’s strategic vision and long-term ambitions, while remaining the guarantor of the family business’s values.

Béliot is the first woman to head the Bel Group and the second to head the company outside the shareholder family. She joined the Bel Group in 2019 as deputy managing director in charge of strategy, markets, and growth. In this role, she defined the pillars of the group’s strategy for a sustainable growth model that fully integrates its financial and extra-financial challenges in line with the ambitions built by Antoine Fiévet for the group. Over the last four years, Béliot has contributed to the development of new product territories by accelerating innovation and the shift to plant-based products, strengthening the international presence (the U.S. and China) and developing new distribution channels (e-commerce and out-of-home).

Antoine Fiévet is the fifth family manager in the history of the group. As head of the group, he has strengthened the independence of the family shareholding and pursued its development with strong turnover growth during his tenure, while placing responsibility at the heart of the business model. Fiévet was behind the strategic shift to diversify the group’s product offering to become a major player in healthy snacking with a presence in three complementary areas: milk, fruit, and vegetables. His vision for the group is to generate a positive impact on its entire ecosystem and beyond, to contribute to the development of a new value model for food throughout the world.

Among the topics to be discussed include the latest innovations in plant-based foods, HPP, and CBD, and how HPP contributes to sustainability.
Jun 16th, 2022

The $14 million project has been designed to increase the range of products Safe Foods can produce at its Arkansas headquarters.
PSSI
Jun 7th, 2022

The USDA efforts are expected to create more and better markets, in addition to addressing longstanding issues intensified by the COVID pandemic.
Morgan Smith
Jun 3rd, 2022

The deal will allow the company to improve its North America Retail segment’s growth profile and increase its focus on specific brands and categories.
Morgan Smith
Jun 2nd, 2022

CEO Dan Taft plans to retire from PSSI at the end of this year, at which time, Doug White will become the company’s president and CEO.
PSSI
Jun 1st, 2022
More in Industry News

The center will fuel product innovation for markets around the world and serve as the company’s AEMEA hub to quickly develop, test, and launch new products.
Morgan Smith
May 25th, 2022

Michael McCain has become executive chair of the board and is continuing to serve as CEO through 2022, while president and COO Curtis Frank is to become CEO next year.
Morgan Smith
May 11th, 2022