The family-owned Pierino Frozen Foods had relied on Messer freezers for the past 15 years, including its previous wave technology. Now the Wave Impingement Freezer is improving throughput and nitrogen efficiency.

Since Pierino Guglielmetti founded his premium pasta company more than 50 years ago, Lincoln Park, Mich.-based Pierino Frozen Foods has passed on not only to newer generations of Guglielmettis, but to newer generations of Messer freezers as well. With its first Messer Modular Tunnel Freezer installed in 1996 to handle the company’s frozen spaghetti, linguini, ravioli, and a wide range of other filled pasta varieties, Pierino is now using Messer’s newest individually quick frozen (IQF) freezer to achieve new levels of throughput and efficiencies.

This isn’t Pierino’s first foray into wave freezers. Gianni Guglielmetti, president and COO of Pierino, took leadership of the company over from his father in 2014. By 2015, the company’s sales had increased by more than 25%, and the pasta maker had simply outgrown its existing freezing tunnel. As a result, Pierino adopted the latest Messer freezing technology at the time and became one of the first prepared foods processors to install the Messer Wave Freezer for IQF pasta. This adoption improved throughput by up to 30% and kept the gourmet pastas separated as they moved down the freezing line.

Messer continued to develop its freezer technology as Pierino also continued to grow. Increasing production costs had Pierino looking for a way to improve freezing efficiency, reduce expenses, and thereby increase its profitability. Messer was working on a next-generation technology for IQF freezing that would help Pierino to achieve the increased freezing production that it was looking for—in the same footprint with more efficient cryogen and labor usage.

After doing some baseline testing onsite, Messer modeled the new production increase and cost to freeze with the new Messer Wave Impingement Freezer. The Pierino team also took advantage of Messer’s Technical Center in Cleveland, Ohio, to get a firsthand look at the new freezer. “Seeing the equipment firsthand helped give us the confidence we were making the right decision,” says Gianni Guglielmetti. He was impressed with the freezer’s design that focused on long-term reliability, maintainability, and cleanability.

Like the previously installed Messer Wave Freezer, the Wave Impingement Freezer uses a wavelike motion in its conveyor belt to help keep the pasta separated. Added to that technology are impingement gas flows that increase heat transfer. This improves capacity in the same footprint as the previous freezer, and it also reduces nitrogen consumption and overall cost to freeze. The new freezer also provides easy access for cleaning with a top that lifts vertically, making it easy to maintain.

Improvements in throughput and efficiency

Since installing the Wave Impingement Freezer in September 2021, Pierino has seen a 20 to 30% increase in throughput and has also improved nitrogen efficiency by 10%. Most importantly, Pierino has increased its operating leverage.

“We can run at full capacity and at the same time shorten our workday,” Guglielmetti says. “Employees originally assigned to the freezer line have been repurposed to preparation.”

Messer worked with Pierino to set up a different recipe for each of its product lines so that the freezer’s wave action could be changed automatically with each change of product. This enables Pierino to more easily deliver perfectly cooked, high-quality pasta.

With the Wave Impingement Freezer, Pierino can run custom orders with minimal stocking time and inventory, helping the producer to grow its business and maintain its profitable growth trajectory.

“Our partnership with Messer goes back to my early days in the business,” says Guglielmetti, who grew up with the company. “If we run into a problem, we contact Messer and get prompt support.” 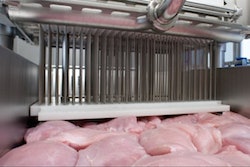 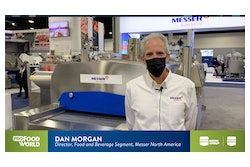 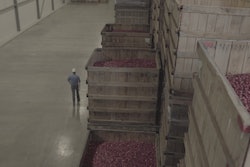 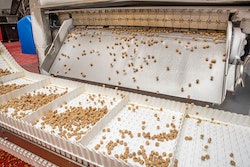