Compared to conventional drive systems, drum motors powering a conveyor will pay for themselves. 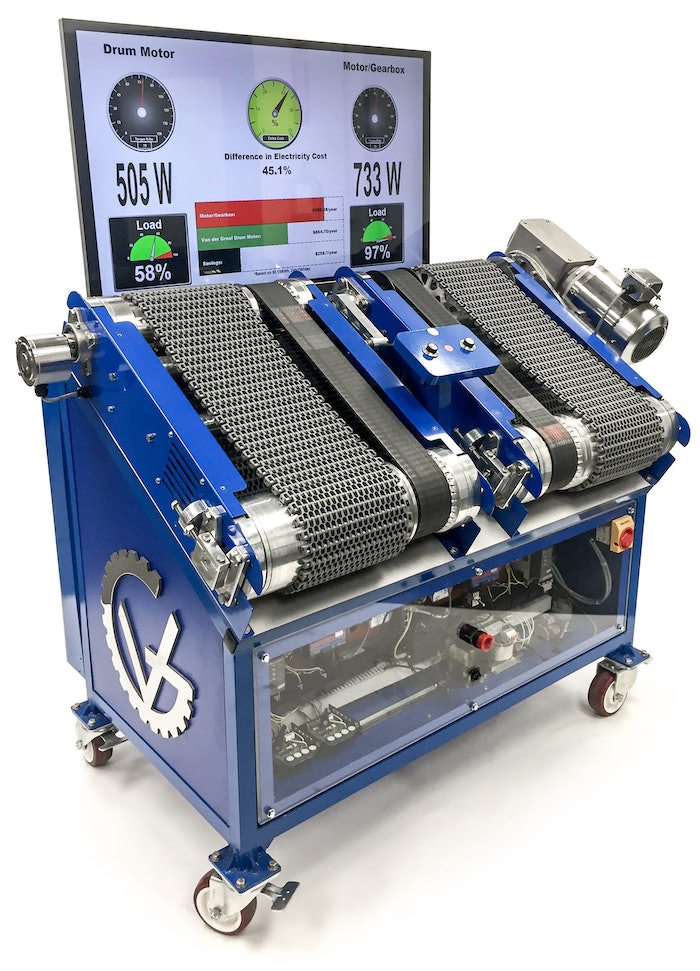 An energy efficiency comparison of drum motors versus conventional motors and gearboxes was displayed by Van der Graaf, demonstrating substantial savings from the drum motor.

PACK EXPO Las Vegas visitors had the opportunity to watch a demonstration of the fundamental differences between powering a belt-conveyor with Van der Graaf’s drum motor versus a conventional drive system.

“Comparison of the external motor and gearbox to that of the drum motor measures the efficiencies, and the electrical savings as a result of the comparison,” explained Rick Zander, business development manager at Van der Graaf.  At the Vegas demo, the external motor was mated to a 90-degree gearbox, which was then powered to the conveyor.

According to Alex Kanaris, president of Van der Graaf for US and Canada, the advantage of Van der Graaf’s design is the way the electric motor is coupled to the gearbox. “As you can see, they're inline,” said Kanaris, “so the rotor is inline with the gearbox.” The gearbox has losses, but because it's inline, the only losses are only 2% per stage. “Since this particular gearbox is only a two-stage gear reduction unit, we have a loss of 4%. And that makes our drive 96% mechanically efficient,” Kanaris added.

Zander demonstrated a comparison between the external conventional motor and Van der Graaf’s drum motor in a real-life application on a conveyor belt. To make it a fair comparison, he loaded both drives equally to see how many watts they consume and how much load they experience. As a result, the test unit/system was able to measure the amount of dollars saved by operating a drum motor versus a conventional arrangement. 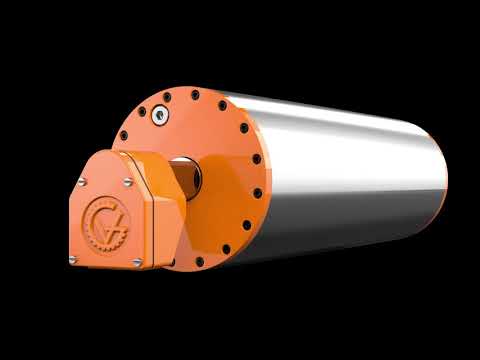 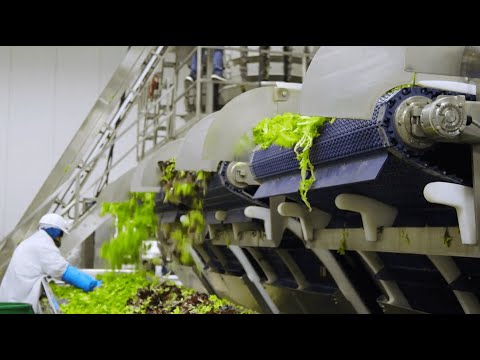 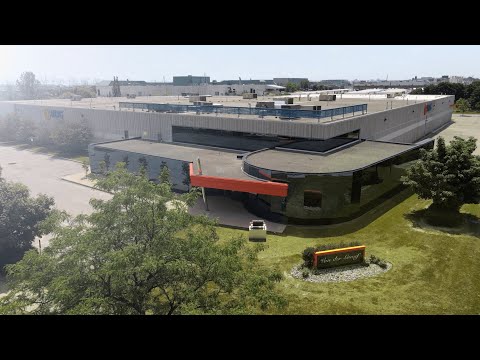 Has a rail system that simplifies its removal
Schenck Process
Sep 26th, 2021

Piston Pump Is Engineered for Durability, Reliability, and Efficiency

Aeration Device Operates in a Variety of Pump Configurations

Can be combined with a variety of Gorman-Rupp pumps
Gorman-Rupp Pumps
Aug 4th, 2021

Batch Controller Is Low Cost and Easy to Use

Valve can be quickly disassembled and reassembled
Carolina Conveying
May 18th, 2021

Spicing up the Packaging of Sauces Having Varied Viscosities

When demand outstrips food packaging capacity, new equipment is the best solution. But when product viscosities vary and flavors are superb, not just any machinery will do.
Pat Reynolds
Apr 29th, 2021

The drum motor has all drive components—electric motor, gear reducer, bearings—housed inside the drum, providing a safer, more sanitary design, and is capable of communicating with central plant control or other plant equipment.
Joyce Fassl
Dec 22nd, 2020
More in Pumps / Valves / Motors / Drives

How to Select the Optimal Valve for Beverage Processing

Controlling the temperature during heating and cooling in beverage processing plays a critical role in pasteurization, sterilization, cooking, fermentation and many other beverage applications. The proper valve can precisely control your process.
Joyce Fassl
Nov 2nd, 2020