By offering sustainable packaging types and accelerating the use of reusable packaging, the company will help protect the environment, while providing added value for consumers and customers.

The Coca-Cola Company has pledged to having 25% of its global portfolio of brands sold in refillable/returnable glass or plastic bottles, or in refillable containers through traditional fountain or Coca-Cola Freestyle dispensers, by 2030. In 2020, 16% of the company’s packaging was reusable, and 90% of its refillable glass and plastic containers were collected.

Coca-Cola’s announcement is “the first known goal of its kind” and “a welcome change in strategy,” fund manager Green Century Capital Management said in a statement. Green Century and activist investor As You Sow filed a shareholder proposal urging Coca-Cola to reduce single-use plastic. They are now considering whether to withdraw their proposal.

According to a poll recently released by advocacy group Oceana, eight in 10 American adults support government policies to reduce single-use plastic. In January, Coca-Cola, PepsiCo, and a number of other international brands called for a global pact that includes cutting plastic production.

If Coca-Cola attains its new goal, it will be “easier to achieve our objectives of a World Without Waste, where we intend to collect back a bottle or can for every one we sell by 2030,” says Coca-Cola CEO James Quincey.

Coca-Cola’s World Without Waste initiative focuses on its three core pillars, including making all primary consumer packaging recyclable by 2025 and using 50% recycled material in packaging by 2030; collecting and recycling a bottle or can for every one the company sells by 2030; and bringing people together to support a healthy, debris-free environment.

“We continue to put consumers at the center of all we do,” says Elaine Bowers Coventry, chief customer & commercial officer, The Coca Cola Company. “One way to do that is by offering sustainable packaging types. Accelerating use of reusable packaging provides added value for consumers and customers.” 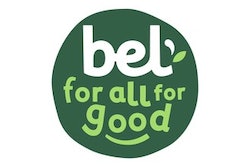 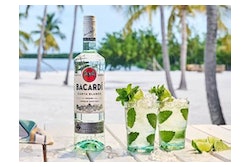