Founded in 1860 in the heart of the city’s meatpacking district, Ruprecht is the oldest operating beef processor in the Chicago area. But its manufacturing technologies are anything but outdated—the company is using digital innovations to optimize its growth. Ruprecht provides proteins cooked sous vide, a safe cooking process that vacuum seals the food and places it in temperature-controlled water.Photo courtesy of RuprechtRuprecht provides raw and fully cooked proteins for restaurants, foodservice, club store and retail outlets. It has been growing rapidly over the past 10 years with investments in R&D and an expanded focus on sous vide protein products. Since its purchase in 2014 by a private equity fund, the company has been positioning itself for growth and scalability. CFO Frank Patton has been instrumental in that growth since joining Ruprecht, helping the company achieve its goals through Industry 4.0 innovations. Key to that has been his efforts to integrate an enterprise resource planning (ERP) system from Syspro.

Before a manufacturer can digitalize, it needs a strong digital foundation on which to build. When Patton arrived in 2018, Ruprecht was managing its finances with QuickBooks and a home-grown ERP system, neither of which was integrated with other systems in the company.

It’s the same story that’s been told time and again about multi-generational family businesses, Patton contends. Technology investments are not typically top of mind. “At Ruprecht, there were some pretty decent investments made. When I walked in the door, I was rather impressed to see that they actually had a data warehouse in existence, and they had some BI [business intelligence] capabilities,” he says. “But what it really lacked was a backbone that made some sense for the foreseeable future. We were operating on a homegrown ERP package that essentially evolved from pencil and paper.”

That system was designed to remove some of the burden from the operations team, but it lacked a lot of the financial capabilities that Patton considers essential for manufacturing operations, such as bill of materials, standard costing capabilities, production scheduling, and the ability to track inventory on the shop floor.

“As a food and beverage manufacturer, we have some unique characteristics, specifically on the protein side with being able to yield products,” Patton notes, commenting on the raw primal that has to be cut into specific sized portions, with byproducts and scraps needing to be accounted for as well.

As Ruprecht looked for the ERP system that would be the right fit for its operations, it didn’t want to “buy a Ferrari and drive it like a Chevy,” Patton says. “We wanted to make sure we could actually get the value out of it.” Above all, he wanted to get away from the feeling that the business was managing them vs. them managing the business.

He explains how the company’s make-to-order model tended to work: “We would scramble around here and try to do what we needed to do, and would be highly successful, but we really didn’t understand the labor content. And to the extent that we really could, we didn’t understand what that cost meant to our business,” he says. “It was the same with the ability to measure things like labor utilization. If I have a standard build, and it says it should take me two hours to produce this product, if it took me three, I would never know it.” Patton could calculate margins on a meaningful level only at the end of the month, he adds, missing insights throughout the month about how various products are performing.

Over the course of the journey to improve financial insights in particular, Patton deployed an integrated ERP system built for food manufacturing and created a cloud-based data lake. He is now in the process of implementing a system to monitor the movement of raw material as it progresses through the facility to identify waste and improve efficiency.

Ruprecht also needed a robust set of application programming interfaces (APIs) so it could be easily integrated with other systems. Syspro gives Ruprecht capabilities it previously lacked, such as production scheduling, full inventory visibility, and manufacturing standard costing. These capabilities alone have already saved Ruprecht more than $1 million annually.

Patton says the Syspro platform is the best in its class because of its API layer approach. Syspro recognizes that it might not have all the answers on advanced functionality, he says, so it provides the capability for Ruprecht to develop some functions in-house or go to a third-party vendor to integrate some functionalities.

Mike Wojtowicz, director of operations for Ruprecht, speaks of the disconnect he’s experienced in the past between operations and finance because shop floor control initiatives were not aligned with other systems and closed-source ERP systems did not allow for better integration. “We would hit what would be a record-setting day at 80% efficiency—we’re all high-fiving and everyone’s doing a good job, and finance is like, ‘Yeah, you lost $1,000 in labor variance.’ We’re like, ‘Well, how can that be?’” he says. “There’s a disconnect. We can’t be high-fiving on the floor because one module says we’re doing great, and finance goes, ‘Not so great.’ Because at the end of the day, the only scorecard that matters is the financial scorecard. But when you have disconnected systems, it’s very, very difficult to near impossible to tie them together.”

With Syspro, the Ruprecht teams are seeing everything tied together, Wojtowicz says. “So now, if it’s one standard, and those standards feed the bill of materials, and they feed the efficiencies, then if we’re high-fiving, finance should be right there with us high-fiving, or vice versa,” he says.

The change in ERP system will go directly to the bottom line. “Mike’s got a $1.5 million target on his back on labor this year, and he wouldn't have gotten there—he couldn’t get there—without having an understanding of what the standards are, where do I go to look, what technologies do we bring in, that kind of thing,” Patton says. “We haven’t even scratched the surface yet on the scheduling side. And that’s really where we’ll see some benefits because that’ll be a direct input to how he produces on a week-to-week basis. We’re going to be a little bit more intelligent to understand what our capacity is, and how we schedule to make some meaningful decisions from a buying perspective, from a labor content perspective, etc.”

The sous vide products that Ruprecht provides enable restaurants and other institutions to spend 20 minutes cooking—or even as short as 10 minutes—rather than two or three hours. This has become a very attractive proposition for Ruprecht’s customers, accelerated even more by the COVID-19 pandemic. “We’re seeing an increased demand for our products, just given how the industry is changing, and how the consumer sentiment is changing, and how restaurant operations are changing,” Patton says. “The velocity by which we are asked to do business would have never been supported in the system we had previously.” 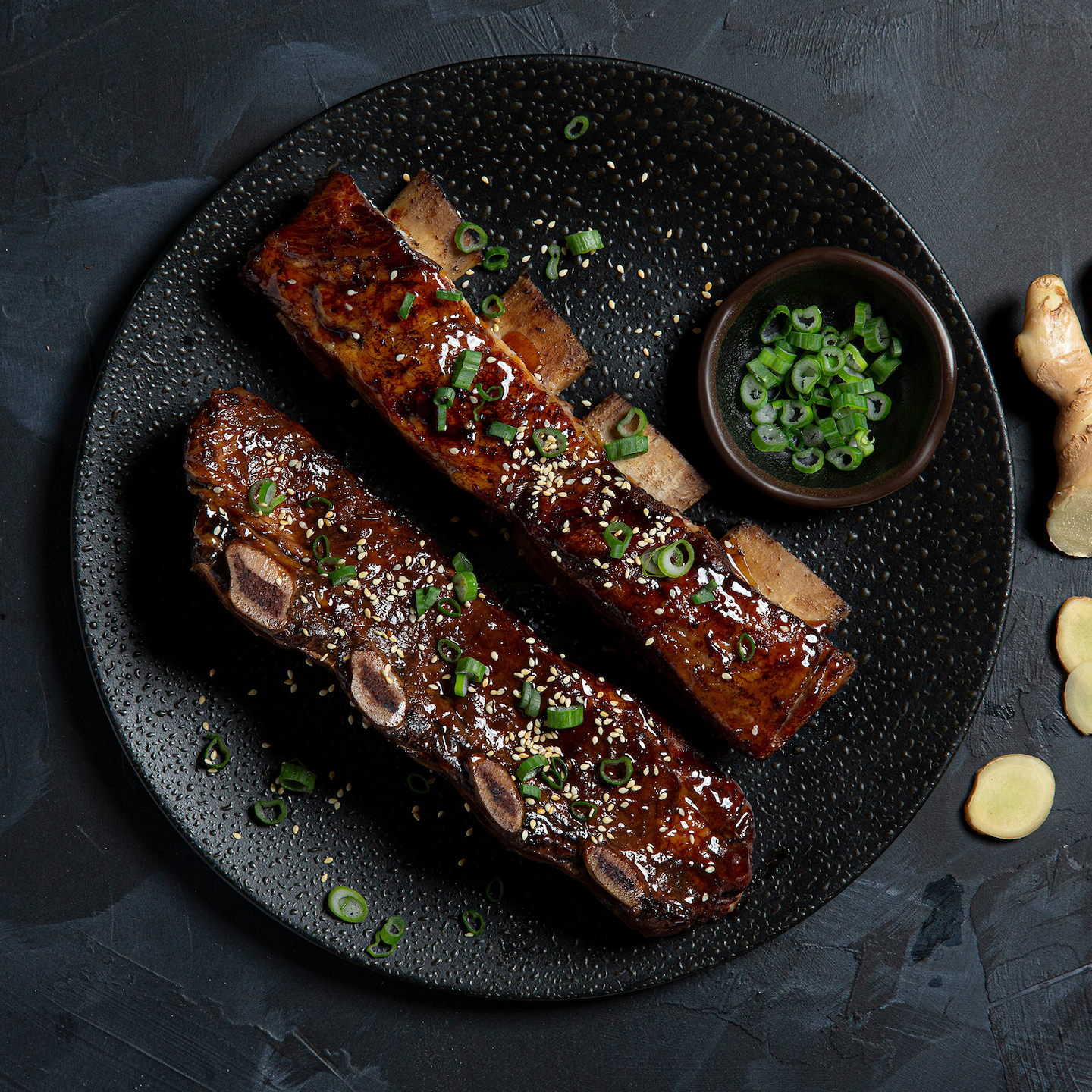 Sous vide products enable restaurants and other institutions to spend 20 minutes or less cooking rather than two or three hours.Photo courtesy of RuprechtSyspro’s ERP system is also enabling the food processor to start asking the right questions about pricing and costing. Cooking capacity and thermal capacity are choke points, for example, so need these elements to be factored into more intelligent analysis. “Should we be using that as an allocation of overhead? Should we be using that as a determinant of how this product is priced?” Patton ponders. “We really didn’t look at products differently, we didn’t understand inherent manufacturing differences that exist for a given product. So is a four-bone short rib product equal to a meatloaf? Well, that’s not the case because a four-bone short rib takes more time to produce—you’ve got to cut it, it’s a bone-in product, which means it’s also got to cook longer. So if I'm tying up more of my oven time, then why am I not charging a premium for that product, given the amount of overhead that it has to consume?”

A food-focused ERP system understands these sorts of dynamics and changes the conversation with the customer. “It’s allowed us to understand our margins in a way that we weren’t able to before,” Patton says. “Because we’re able to now assign a more representative value of what that product takes to manufacturing and should and could command in the marketplace.”

With a cloud-based data lake for all the data Ruprecht’s operations produce, the processor will continue to get more out of that data as time goes on. This base has enabled more advanced applications that are being deployed, such as raw material tracking throughout the facility, and artificial intelligence that analyzes internal and external data to forecast the price of meat with precision.

Patton has plans for taking Ruprecht further along the digital transformation journey, but he knows that the Syspro ERP system gives him the foundation that he needs to move forward. “We are not where we want to be and need to be from an activity-based costing perspective,” he says. “But at some point in the not-too-distant future, we now at least have the tools by which to start to ask some of those questions.”

The Bourbon Trail is facing tight margins and market erosion, making the insights from Parsec’s TrakSYS software particularly helpful. But the food and beverage industry overall could benefit from capabilities in OEE, track and trace, and more.
Aaron Hand
May 25th, 2021

Switching over from manual recordkeeping to digital tracking has provided the producer with a more accurate view of walnut quantities, qualities, and a host of other attributes that were previously difficult to monitor.
Aaron Hand
Mar 14th, 2021

The shared, immutable ledger database is in the spotlight as a potential tool to improve transparency and better facilitate recalls.
Jeffrey Barach, PH.D.
Apr 5th, 2019
More in Software

Neither Ethernet nor fieldbus have all the answers for industrial applications. Suppliers and industry groups are working on ways forward that take into consideration the needs—and limitations—of the present.
Jeanne Schweder
Mar 8th, 2019

The release of iFix 6.0 shows GE Digital’s continued support for and development of its existing technologies as the company reorganizes around new technology groupings designed for cross-industry use.
David Greenfield
Mar 1st, 2019

An automated approach to emerging markets

In a move aimed at modernizing its operations, the Chinese dairy producer will implement the Siemens digital platform to achieve operational efficiency.
Stephanie Neil
Jan 16th, 2019