A recent article by Frank Yiannas, FDA deputy commissioner for food policy and response, provides insights on the agency’s progress and what happens next. 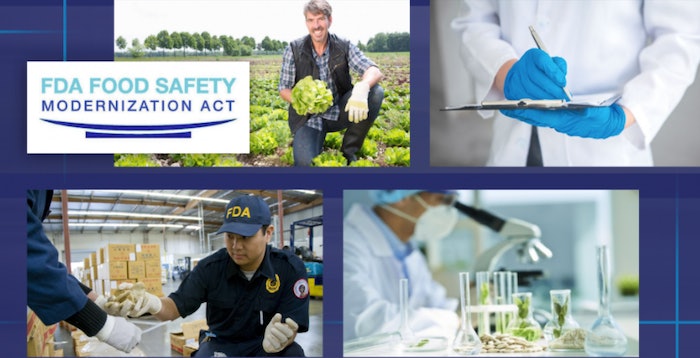 When the FDA Food Safety Modernization Act (FSMA) was signed into law in 2011, its purpose was clear: preventing outbreaks of foodborne illness. What has happened since then? According to a recent article by Frank Yiannas, FDA deputy commissioner for food policy and response, more companies that grow, produce, pack, hold, import, and transport food are now taking definitive steps to reduce the risk of contamination, making food in the U.S. safer, whether it’s produced domestically or imported.

Steps the agency has taken to assure this result include the science-based, regulatory standards under FSMA for growing, harvesting, packing, and holding fruits and vegetables; the responsibility of importers for verifying their foreign suppliers are meeting FDA safety standards; the program for the accreditation of third-party auditors to conduct food safety audits of foreign entities; a mandatory recall when a manufacturer fails to voluntarily pull unsafe food from the market; and the suspension of registration to prevent a facility from selling or distributing unsafe food.

In addition, if finalized, the proposed Food Traceability Rule, published in September 2020, will establish the foundational components to harmonize the key data elements and critical tracking events needed for enhanced traceability.

Looking forward, Yiannas points to the New Era of Smarter Food Safety initiative to create a more digital, traceable, and safer food system and the New Era of Smarter Food Safety blueprint, which provides a 10-year roadmap for reaching this goal, helping to ensure industry is meeting its responsibilities under the FSMA rules. The blueprint also fosters the continued establishment and development of food safety cultures on farms and in food facilities worldwide. In addition, the New Era initiatives will enhance the use of root cause analysis in cases where preventive control measures fail.

The baby formula shortage is linked to “egregiously unsanitary” conditions at a plant in Sturgis, Michigan.
Tim Hayes
May 30th, 2022

AIB International provides a course in dotting I’s and crossing T’s in complying with NBFDS, applicable to the entire food and beverage industry.
Melissa Griffen
May 4th, 2022

The guidance will help companies prepare to quickly and effectively remove violative products from the market, as the agency urges companies to be “recall ready” to protect public health.
Morgan Smith
Mar 4th, 2022

A variety of Dole salad products have been recalled due to Listeria monocytogenes, as the CDC continues its investigation into packaged salads produced by the company.
Morgan Smith
Feb 4th, 2022

Is suitable for a variety of operations and applications
Enviro Tech Chemical Services
Dec 16th, 2021

The plan will help the agency evolve its outbreak investigations to meet today’s needs using the most modern-day tools available and set a clear pathway to achieving its response goals.
Morgan Smith
Dec 14th, 2021