The COVID-19 pandemic has shown an accelerated need for goals in the blueprint, especially those involving supply chain continuity, modernized inspection approaches, and strengthening food safety infrastructures with regulatory partners.

A priority in both the 2011 FDA Food Safety Modernization Act (FSMA) and the New Era of Smarter Food Safety is advancing food traceability to rapidly identify where contaminated foods were grown or produced and speed recalls when necessary. The first step toward this goal was accomplished in September 2020, when FDA published the FSMA-mandated Proposed Food Traceability Rule and a proposed list of foods for which the rule’s additional recordkeeping requirements would apply. The proposed rule lays out key data elements and critical tracking events for enhanced traceability of these listed foods.

The blueprint also calls for data analysis to strengthen predictive capabilities and make more informed risk management decisions. FDA has created a new data analysis tool called 21 Forward to help identify where there could be disruptions in food supply continuity due to food worker absences because of the pandemic.

It uses COVID-19 human transmission forecast data from the Centers for Disease Control and Prevention to identify areas where COVID-19 could impact key segments of the food system. The tool is also fueled by the estimated numbers and distribution of food and agriculture sector employees who work at FDA-regulated food facilities.

In addition, the blueprint highlights the importance of the pilot it has been conducting that leverages artificial intelligence (AI) to strengthen its ability to predict which shipments of imported foods pose the greatest risk of violation and use that information to better target import review resources.

The blueprint also calls for an exploration of alternative ways to conduct inspections. In April 2020, FDA began remote inspections of importers subject to the Foreign Supplier Verification Programs requirements. By doing this, the agency has conducted a record number of FSVP inspections since March 2020—more than 1,600. 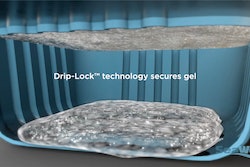 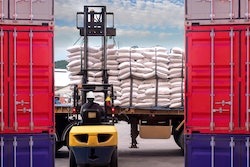 From Pest Control to “Roof Diapers,” Food Safety for DC and Warehouse.