Since microalgae can be grown with far fewer resources than land-based plants and animals, they could provide a vast resource for new food and beverage products. 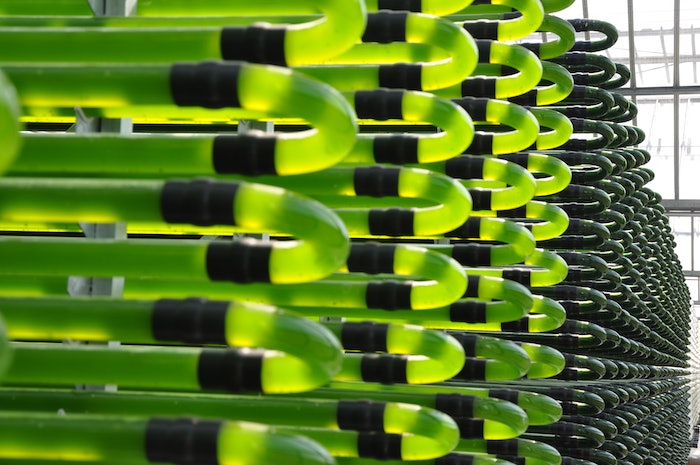 Microalgae, one of Earth’s oldest life forms, may soon become a new food source for people and animals. Scientists have identified more than 30,000 species of algae and there are estimates that ten times as many species could exist.

These microscopically small algae, which form the basis of the planet’s food chain, grow 10 to 30 times more quickly than land plants and turn carbon dioxide into oxygen more efficiently than most trees and grasses. Since they can be grown with far fewer resources than required for land-based plants and animals, they could provide a vast resource for new food and beverage products and cosmetics.

Algae “invented” photosynthesis around three billion years ago and are still responsible for producing nearly half the oxygen in our atmosphere. Since they can efficiently turn carbon dioxide into oxygen, algae are also prime candidates for solutions to man-made climate change due to rising carbon dioxide emissions.

According to a Nestle study entitled “How Will Germany Eat in 2030?”, the fact that algae can be efficiently cultivated is enough to ensure they will become a part of our future diets.

While microalgae are most often cultivated in ponds in the U.S. and Asia, a German company has found a way to grow them in glass tubes that maximize the algae’s exposure to sunlight for even faster growth. Roquette Klötze GmbH & Co. KG, a subsidiary of French family company Roquette Freres, is now working with 14 different microalgae species.

In a photobioreactor system consisting of a 500 kilometers of glass tubes, microalgae can flourish protected from impurities in the environment and produce between 30 and 50 tons of biomass annually.

This closed tube system has two essential advantages over pond-based cultivation. The tubes protect the algae from biological and chemical impurities from outside, such as insects, air pollutants or toxin-forming blue algae. They also help the algae thrive because they are optimally supplied with sunlight all around. There are no dark places, such as those found at the bottom of a pond.

Roquette Klötze, located in the German federal state of Saxony-Anhalt, has already used its photobioreactor system to produce nutritional supplements and the soft drink Helga. In 2015, Helga received the “Taste 15 Award” at the Anuga in Cologne.

Other commercially sold food products using algae biomass from the company include Green Smoothie No. 2 from TrueFruits and an algae bar. In addition, foodstuffs with health benefits are in development with algal additives.

“Our algae products are in demand as additives for animal feeds and in cosmetic products,” says biologist Jörg Ullmann, managing director of the Klötze facility. “It is hoped, for example, that certain algae can lower the use of antibiotics in animal farming or possess UV-protective and/or anti-ageing properties for the skin.

“Fuels from algae cultivation are also being researched by scientists around the world,” he adds. “One advantage is that they can be produced without using land needed for cultivation of crop plants for human foodstuff production.”