The digitization of manufacturing brings both risks and rewards. But the food and beverage companies that embrace new technology can gain a competitive advantage.

As automation technologies continue to flourish, food and beverage manufacturers have many options to improve both plant-floor and enterprisewide operations. But the choices of which technologies to employ have never been greater. According to a recent industry research report from PMMI, The Association for Packaging and Processing Technologies, titled 2017 Evolution of Automation, six trends are driving plant-floor automation:

But automation adoption has a been a gradual process, the report states, because utilizing data for operational improvements takes years and requires educating the industry on how to gather, use, store and apply data. The good news is that automation prices are expected to decrease, giving companies of all sizes an easier way to achieve improved ROIs. Meanwhile, challenges remain, such as disparate and legacy systems that must be upgraded and connected.

Actionable data collection has been the ultimate goal of food and beverage processors for the past several years. Deciding which data to collect is crucial, but delivering that information in a format that operators can understand and implement at the right time is paramount.

“Just collecting data is junk,” says Mike Wagner, director of the packaging segment for Rockwell Automation’s global OEM team. Based on an example he heard at PACK EXPO Las Vegas 2017, Wagner likens it to going to the doctor for a knee problem. “If I just tell somebody I have a problem with my knee, it doesn’t do much good,” he states. “You need a doctor to ask, ‘When did you have a problem? What were you doing when that problem happened?’ Then [the doctor] tells you what to do to fix the problem.”

Machinery works the same way, Wagner says. Plant-floor staff must work together “to bring domain expertise and knowledge and put it into the control system programmatically, so that you can make decisions to solve problems in the control system versus waiting for somebody to manually fix problems on the plant floor,” he adds.

Getting what you need

According to PMMI’s research report, the end users surveyed need easier-to-use equipment, open communications and support services to help advance automation at their plants. They are requesting interactive, intuitive human machine interfaces (HMI), smarter sensors and safety improvements as the next step in smarter plant-floor machinery. The study states that 4 out of 5 end users are collecting at least some machine data now, but more robust data collection and data utilization will be necessary in the future.
The top five most significant improvements that automation will help food and beverage manufacturers achieve are the ability to run multiple sizes on the same machine, labor reduction, maximized uptime, efficient shorter runs and minimized changeover times. Manufacturers need robust and flexible equipment with minimal maintenance required to achieve operational success. According to the PMMI research study, they also need: technical training tools to assist in maintenance and troubleshooting; vendors that understand their challenges; help with programs such as total cost of ownership (TCO), overall equipment effectiveness (OEE), preventive maintenance and predictive maintenance; and education on internet data transfer and cloud-storage advantages.

The challenges ahead include acting on the vast amounts of data available, but lack of skilled resources, out-of-date software models, inadequate IT infrastructure, the absence of data standards and obsolete data-management systems stand in the way of success. Industry participants in the PMMI research study are requesting standards and communication protocols, systems, control systems and safety systems. Half of end users are transferring data over the internet, but most are only thinking about cloud storage in computing. Concerns about security is the obstacle, but PMMI’s report predicts that the ability for machines to connect remotely will steadily increase in the next five years in order to achieve greater maintenance management.

“Being able to access a device doesn’t mean it’s useful,” states Rockwell’s Wagner. You have to build a business case, he says: “Every OEM would love to be able to access its machine remotely and be able to have to do repairs and troubleshooting. At some major food companies, that’s probably never going to happen in our lifetime. The security concerns trump any benefit they will potentially get.”

Wagner believes we will see machine-level connection, where a particular machine has an autonomous smart device all the way down to its sensor. “All of that data rolls up in the machine, and the machine kind of has its own ecosystem. If you take that ecosystem, and plug it into the rest of the ecosystems (machines on the line) and software, you will get connectivity to know if a line is blocked, starved or producing,” he states.

Wagner also believes aggregation and analysis of big data will happen on premises first for larger companies. The problem, he says, is convincing the IT department that IoT connectivity is really going to help improve manufacturing efficiency.

The cost of data acquisition remains a challenge. Automation is a huge investment, but, at the same time, a lack of qualified labor is driving the need for intuitive HMIs. Legacy equipment remains in use, and manual operations are sometimes more efficient. In addition, disparate communication systems on the same line pose a challenge. But new technology, according to PMMI research, is not limited to new machines — legacy systems can be upgraded.
Low-cost sensor solutions for small and midsize manufacturers can work with what is already on the plant floor. Adding inexpensive sensors to machines can provide real-time alerts when materials or ingredients are running low or when temperatures are out of range, for example.

According to Raj Batra, president of the Siemens Digital Factory Division in the United States, manufacturing today is much more strategic to the enterprise for most corporations. “It’s being used as a competitive weapon and not a necessary evil, so it’s not about outsourcing manufacturing, and it’s not about a break/fix mentality. It’s having state-of-the art, advanced automation and manufacturing facilities to deal with time to market, flexibility, mass customization and capitalizing on the Industrial Internet of Things,” he says. Getting a lot more out of factory-floor assets and improving decision-making are what corporations are looking for today, he adds.

As the No. 3 beer producer in the United States, with well-known imports, such as Corona, Modelo and Pacifico, Constellation Brands recently expanded its massive Nava brewery in Mexico. The facility produces more than 27 million hectoliters of beer each year and employs sophisticated automation and advanced manufacturing to ensure the quality and consistency of its products.

Located in Piedras Negras, the brewery has standardized on Siemens automation technology. In just three years, the facility has increased production by more than 40 percent, making over 240 million cases of beer per year.

It became apparent from the beginning that the plant expansion project was a monumental task, says Chris Rankin, director of automation engineering at Constellation Brands. “We knew that we were going to be integrating dozens of OEMs from around the world. So, it was very important all of the technology systems and solutions, and products that came to the brewery were consistent.”

In the brewing area, the plant is leveraging Siemens PCS-7 Simatic batch and Simatic route control, according to Rankin. “This is obviously critical for our recipe management and path management from grain in until we’re sending beer over to the packaging lines,” he says. On the filling and packaging side, the Nava brewery uses Siemens’ WinCC for line overview visualization. Packaging equipment was standardized on Siemens PLCs, Siemens I/O products, variable frequency drives, network components and process instrumentation.

In the warehouse and logistics area, Constellation Brands runs one of the world’s largest laser-guided vehicle fleets, driven on Siemens’s Scalence wireless. “This is really critical to what we do and helps us achieve this production size and scale,” Rankin adds.

Operator training was also enhanced by equipment standardization. Operator interfaces at the Nava brewery are consistent throughout the plant, allowing for cross-training of the hundreds of new workers the facility needed.

The food and beverage industry is certainly going down a digital path, says Batra. “Digitalization is playing a very central role in separating those manufacturers and producers that embrace digitalization and the ones that don’t, but I think it’s always good to define what digitalization is,” he says. “It’s taking the billions of intelligent devices, machines and data; creating a bridge between the virtual and the real world; and then turning all of that into business value.”

Virtualization and simulation play an important role in how companies will ultimately produce products in terms of flexibility and quality, adds Batra: “If you can do things virtually and simulate before you do anything physical, you’re going to have a decisive competitive advantage.”

Most food and beverage manufacturers consider automation and digital technology to be a priority, but they need help in developing strategic plans that lead to action and implementation.

To learn about how smaller companies can benefit from automation, please read "4 reasons why small- to medium-size companies must embrace automation to survive." 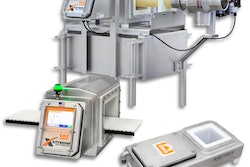 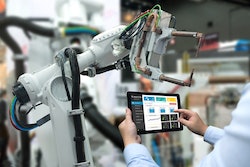 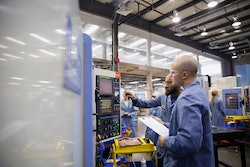