Waste not, want not: How some processors mitigate food waste

The food and beverage industry is curbing food waste along the manufacturing process. 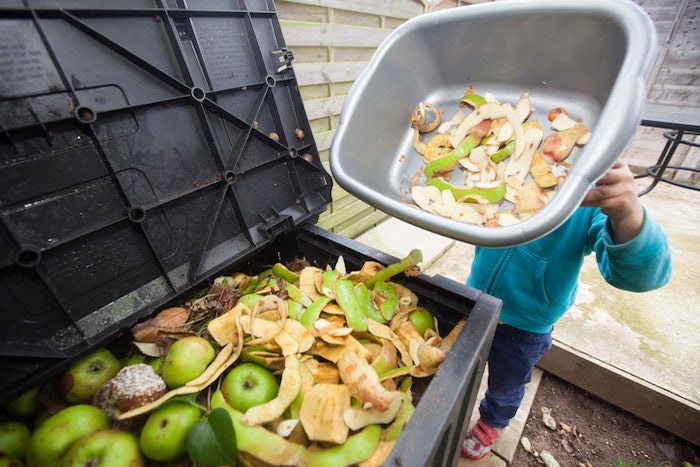 More than 1.3 billion tons of edible food is wasted around the world every year.

Food waste is an epic problem around the globe. As more and more food ends up in landfills, the demand for food continues to increase to accommodate a growing worldwide population. The scale and complexity of wasted food won’t be solved overnight. But the food and beverage industry is doing its part to stem the tide of food waste at points along the manufacturing process.

The numbers are staggering. According to the Food and Agriculture Organization of the United Nations, about one-third of the food produced in the world for human consumption is wasted every year — that’s 1.3 billon tons. The National Resources Defense Council (NRDC) found that America throws out about 40 percent of its food, while 42 million Americans face food insecurity. Less than one-third of the food Americans toss would be enough to feed the hungry. With the global population expected to grow to 9 billion by 2050, food waste will only exacerbate. In addition, food waste not only squanders the resources that went into producing the food and increases carbon footprint in vain, but also contributes to climate change as food rots in landfills and releases methane, a greenhouse gas that is 23 times more potent than carbon dioxide in trapping heat in the atmosphere.

According to the NRDC report Wasted: How America is Losing up to 40 Percent of its Food from Farm to Fork to Landfill, about 2 billion lb of food waste is generated annually during the manufacturing process. But many food and beverage companies are adopting resourceful strategies that reduce waste.

For example, Tomra Sorting Solutions offers food manufacturers sensor-based sorting machines that can determine if products are at least 70 percent good quality. Rather than consigning these food products to waste, they can still be reworked and used. This type of sorting machine is particularly useful for perishable products like blueberries and potatoes that may have cosmetic flaws or imperfections but are still edible.

“With the proper investments in readily available technology, it is not difficult for companies to reduce food waste,” says Mark Host, regional sales director for the Americas for Tomra.

In 2012, Conagra Brands tweaked its processing operations to meet its internal goal of reducing food waste by 1 billion pounds, according to the NRDC report. For example, it inserted catch pans to collect excess flour from pot pie dough and began using it to thicken the gravy for pies. It set its potato peelers to cut a thinner layer of skin. The manufacturer also switched to using steam from lye to peel tomatoes so the resulting tomato pumice byproduct was edible and usable for its other products. And instead of discarding the leftover pudding in its machines during changeovers, Conagra packaged and sold the mixed-flavor pudding, saving about 1,000 tons of pudding a year.

While some manufacturers like ConAgra adapt their food byproducts into other types of food for human consumption or even sell them as animal feed to decrease their food waste, other companies are recycling their food byproducts into nonfood products. Researchers at Penn State’s College of Agricultural Sciences, for instance, have developed a way to turn potato waste into ethanol, which could lead to cost-effective, eco-friendly biofuel for the future and a lucrative way for potato manufacturers to turn their potato trimmings into revenue while reducing food waste.

Last fall, the Penn State researchers developed a process that used potato mash made from peelings and potato residuals from a Pennsylvania food processor to trigger simultaneous saccharification — the process of breaking down the complex carbohydrate starch into simple sugars — and fermentation. Adding mold and yeast to the bioreactor catalyzed the conversion of the potato waste into bioethanol.

“This research is of great interest to Keystone Potato Products in Hegins, Pennsylvania,” says Ali Demirci, professor of agricultural and biological engineering. “The company is paying attention to this project, hoping this novel approach may help it add more value to its waste potato mash. Industrial food wastes are potentially a great substrate in production of value-added products to reduce the cost while managing the waste economically and environmentally.”

Another way to reduce food waste is to standardize sell-by dates on food packaging. Date labels are not regulated and are not meant to indicate food safety. Manufacturers use food dates to indicate freshness and when the product is at its peak. But many consumers toss out foods based on those dates. About 80 percent of consumers discard food prematurely due to confusion over expiration dates, according to the NRDC report.

To create uniformity in date labeling and alleviate consumer confusion, the USDA Food Safety and Inspection Service released new guidance that recommends that manufacturers and retailers use “Best If Used By” as the universal terminology to indicate quality. In February 2017, the Grocery Manufacturers Association and the Food Marketing Institute announced voluntary guidelines that limit date labels to “Best If Used By” to describe product quality and “Use By” for a few highly perishable products or products that have food safety concerns. Similar provisions were proposed at the federal level with the Food Date and Labeling Act of 2016, which were introduced in the House and the Senate. But the proposed law has not moved forward in Congress. The NRDC says this type of federal legislation is needed to eliminate consumer confusion on sell-by dates and move the needle on reducing food waste.

To learn more about how the food and beverage industry can mitigate food waste, read the NRDC report Wasted: How America is Losing Up to 40 Percent of its Food from Farm to Fork to Landfill.