Among the first to commercialize a new additive that helps plastic packaging break down in a landfill is Maplebrook Farms of North Bennington, VT. 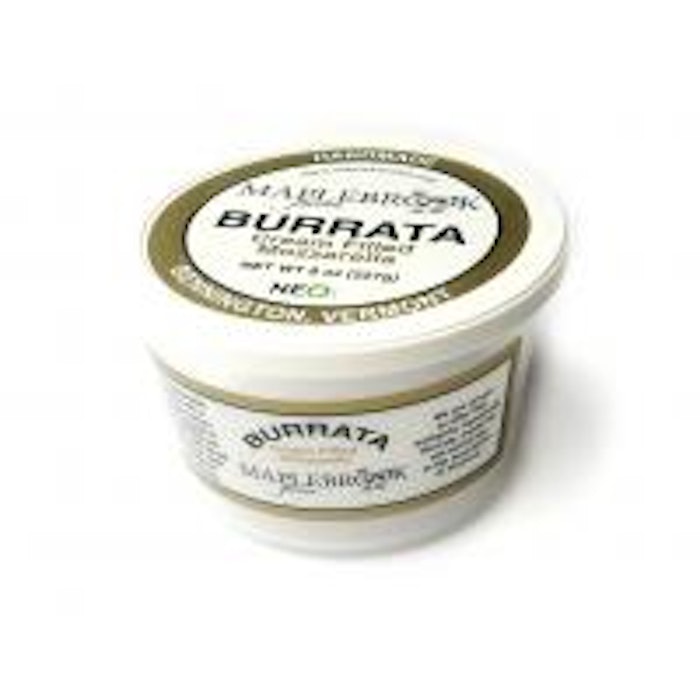 Maplebrook Farms is among the first to commercialize an additive that helps plastic break down in a landfill.

Called NEO PlasticsTM , the additive comes from NEO Plastics, whose Marty Tierney, director of business development, describes it as an all-organic compound that gets added to a masterbatch of plastic resin so that packaging made from that resin will break down in anaerobic conditions like landfills in years vs. the centuries that traditional plastics require. In the case of Maplebrook Farms’ packaging, it’s injection-molded polypropylene containers that get the NEO Plastics additive.

Tierney hastens to add that NEO Plastics represents an entirely different science than what’s come to be known as oxodegradables. “Oxodegradables break the chain in a polymer to create micro plastic beads,” says Tierney. “The theory, of course, was that these would be small enough for microbes to attack. But microbes are not attracted to them, so they don’t actually break down and instead they wind up in our soil and water.”

Tierney and colleagues at partner company Aripack shy away from terms like “biodegradable” and “compostable” because they’re so widely misused and misunderstood in the marketplace. This overall confusion, he points out, is what caused the state of California to essentially ban the use of “biodegradable” altogether on packaging. “We focus on the outcome rather than the process,” says Tierney. “And the outcome with a package made from NEO Plastics is that it goes through a multi-stage process where microbes digest the material and give off the biogas known as methane. Methane is now collected in some 300 landfills in the country, and those 300 are all in the largest and most heavily populated metro areas. These LFGE (Landfill Gas to Energy) facilities collect, clean, and convert biogas to clean sustainable energy, so plastics that can create methane in a reasonable timeframe are actually a good thing. That’s where NEO Plastics fits into the overall picture. We focus attention on unlocking an available resource in discarded plastics and taking advantage of emerging Waste to Energy options.”

According to Alex Englert, head of operations at maplebrook, “anything we can do in terms of sustainable packaging just makes good sense. When we first heard of the NEO Plastics additive, we said send us some cups and we’ll give it a try. So far it’s mostly our mozzarella products, eight ounces of cheese in brine, that we’re packaging in these cups, and it’s all pretty much done by hand, just as our cheese making is. Also a nice change is the in-mold labeling Aripack does for us on both the lid and the cup.” Included in both lid and cup is the NEO Plastics logo.

The accolades are given to companies that design and successfully implement outstanding, innovative plant upgrades or environmental programs in the pursuit of sustainability.
Morgan Smith
Feb 22nd, 2021

Interview with Bush Brothers and Pretzels Inc. on the expanding role of contract packagers/contract manufacturers during the pandemic, with an introduction by PMG's Jim Chrzan on recent Contract Packaging Association survey results.
Bush Brothers
Feb 17th, 2021

The new site in Georgia will allow the company to provide more nutritious and healthy frozen fruit to its East Coast customers in a timelier manner.
Morgan Smith
Feb 13th, 2021