As manufacturers connect their production lines, supply chains, and even their products, the amount of data captured is growing exponentially. This year’s survey finds more manufacturers than ever are using that data to drive decision making. 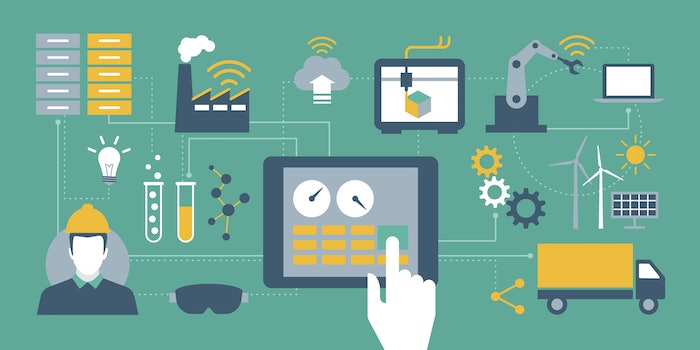 Plex Systems, maker of cloud ERP for manufacturing, released its annual study, The State of Manufacturing Technology. In its third year, the study investigates manufacturers’ use of technology from the shop floor to the top floor. This year, the study finds four key reasons that the fourth industrial revolution has not only started, it has already become a major factor in manufacturing industry leadership.

The Plex Systems State of Manufacturing Technology study surveys more than 150 manufacturers including both mid-sized and large enterprises across a wide range of process and discrete industries including automotive, aerospace, electronics, food and beverage, industrial manufacturing and precision metalforming. The full report is available now at www.plex.com/resources/white-paper/state-of-manufacturing-technology.html.

The Fourth Industrial Revolution (4IR) has been described as not only the next transformation in the way products are made and consumed, but a fundamental revolution in how the world works in a new, connected era. While academics and pundits project the 4IR out into the future, the 2017 Plex State of Manufacturing Technology study found at least four major facets of 4IR are already in place.

Cloud has resoundingly moved from “what’s next” to “what’s now” in manufacturing, as Plex has proven the superior performance, agility and reliability of cloud systems for business critical capabilities including Enterprise Resource Planning (ERP) and Manufacturing Execution Systems (MES) across more than 1,800 facilities around the world. That value is now firmly established, with 96 percent of survey respondents noting that improvements in connectivity to systems, machines, suppliers, and customers are a direct result of cloud systems.

Connected manufacturing is among the most powerful technology-based shifts in a generation, just as important as the arrival of steam power, electricity or the automated production line. The Internet of Things (IoT) is fueling this revolution by making it easy to connect new devices, equipment and sensors to the cloud. Today, manufacturers are fully-orchestrated networks of people, materials, machines, systems, partners, devices, and even end-products. Seventy-four percent of this year’s respondents cited improved connectivity with mobile and personal devices, and more than half have improved industrial equipment integration using cloud technologies. Most importantly, 98 percent of respondents reported that cloud-based systems are a key enabler for continuous innovation.

Not only is the cloud fueling a new era in industrial automation, it is also extending that connectivity to supply chain planning. By leveraging accurate, timely data from the shop floor and across the enterprise, 60 percent of those surveyed noted better supply chain performance using a cloud-based system of record. Seventy percent of respondents also noted improved communications with their own suppliers.

#4 Manufacturers are Tapping the Power of Big Data

As manufacturers connect their production lines, supply chains, and even their products, the amount of data captured is growing exponentially. This year’s survey finds more manufacturers than ever are using that data to drive decision making. Twice as many manufacturers are using analytics today when compared to last year’s study, with even more are planning implementations over the next five years. Half of respondents (48 percent) highlight data analysis as the most important skillset for their next generation of employees.

Join us as we look back at ProFood World’s most popular articles of 2021. At No. 3, a look at the state of automation in the food and beverage industry reveals the pandemic’s effect on digital initiatives.
Jan 6th, 2022
More in Home