Nurtac Ziyal Afridi takes on the leadership role as the company marks a new era of growth and accessibility.

Godiva has named Nurtac Ziyal Afridi as CEO, following two months of her serving as interim chief executive officer during which her leadership team and she developed a three-year strategy to capitalize on new opportunities through the company’s omnichannel structure.

During her time at Yildiz Holding, Godiva’s parent company, Afridi led the acquisitions of brands such as Godiva, McVitie’s, Carr’s, Jacobs, and BN (United Biscuits). Before joining Yildiz Holding, she held leadership positions at other global companies, including Accenture and Arthur Andersen & Co. 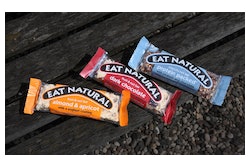