The price tag for the science-forward technology, direct-to-consumer petfood brand, which will be an autonomous brand within the Royal Canin division, is reportedly $1 billion.

According to a recent Bloomberg report, Mars has agreed to acquire direct-to-consumer, Nashville, Tenn.-based petfood brand Nom Nom for $1 billion.

Nom Nom will be an autonomous brand within Mars’ Royal Canin division, similar to Royal Canin and Eukanuba, with its own brand positioning and strategies, preserving the company’s entrepreneurial culture and agility while maximizing synergies, according to Racquel White, spokesperson for Royal Canin North America. Mars Petcare currently employs approximately 1,000 people in Williamson County, Tenn.

“Nom Nom is a science-forward technology company improving the lives of pets through fresh food for cats and dogs,” a Mars representative said. “We are confident that this acquisition will bring synergies to keep supporting their success in the fresh category while complementing our existing portfolio.”

Through its website, Nom Nom sells fresh, whole-ingredient pet foods approved by pet nutritionists. It also sells treats and supplements for pets. The company was founded in the San Francisco area and announced a 180-job production facility in Nashville in 2018.

Nom Nom attracted $34 million in a Series B raise in April 2021, and was ranked it as the fifth-largest raise from a Nashville-area company in the same year. Investors in Nom Nom have included Anchor Capital GP, Coefficient Capital, and Greycroft, according to past company press releases.

The acquisition is the latest in series of Mars’ transactions aimed at gaining territory in the pet industry. In 2021, Mars bought direct-to-consumer cat litter company PrettyLitter, and in 2020, it bought Veterinary Specialty Hospital of Hong Kong, an emergency health-services provider for animals. 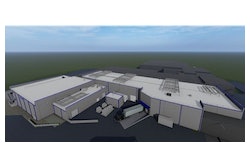