The Middle East region and Halal market are strategic elements in the company’s plans for sustainable growth in the international market.

BRF Sadia has opened a new chicken processing plant, with a monthly production capacity of 1,200 tons of food, in Dammam, Saudi Arabia. In the mid-1970s, Sadia was the first company to introduce frozen chicken products in the Middle East.

BRF Sadia products produced in the Halal region are exported to 14 countries, with plans to reach even more markets in the coming years. The company has a presence in all the main countries within the Halal region, including production units such as the Al Wafi factory in the United Arab Emirates and three Banvit plants in Turkey.

“It is a very positive time for the Middle Eastern markets and, with the great work from our local team, we are managing to achieve our goals while demonstrating our long-term commitment to the region and the local government’s strategy,” says BRF Sadia Global CEO Lorival Luz.

“The opening of the new factory comes after a careful analysis and study of the Saudi market, he adds. “It aligns with the Saudi Vision 2030, which encourages foreign companies to invest in the local market. Today, we look forward to providing the citizens and residents in the Kingdom with products of the highest quality."

“The expansion of BRF Sadia in the Saudi market to manufacture its products locally is a landmark step, which will play an integral role in the growth and development of the poultry industry locally, in the interest of the Saudi consumer,” says Abdulhamid Bin Mohammed Al-Shawan, regional director of investment advisory & relations. 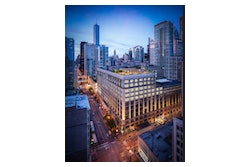 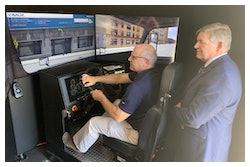