Nestlé Canada has announced plans for a $51.5 million expansion to its London, Ontario ice cream factory to increase production. The expansion is expected to create 12 new jobs and change 45 jobs from seasonal part-time to full-time positions. Groundwork on the project, which is expected to be completed early next year, has already begun.

The factory supplies brands such as Hӓagen-Dazs, Parlour and Drumstick throughout Canada. 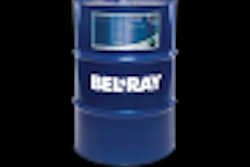