A grant and rebate from the local electricity provider and other energy savings made the cost of the dairy’s sustainability project negligible. 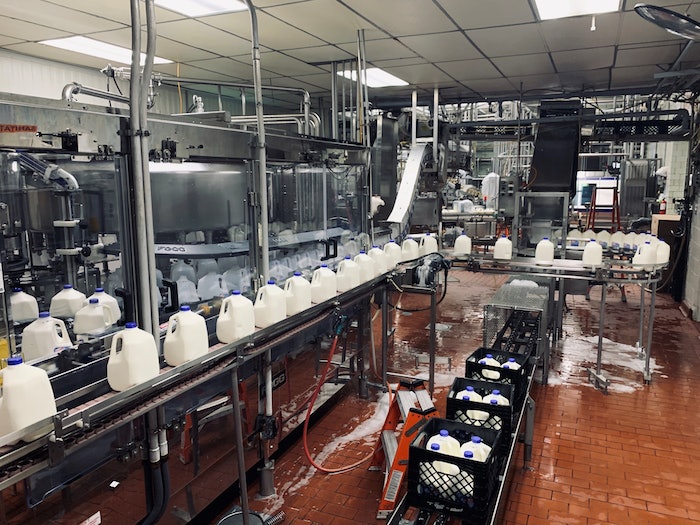 After implementing a continuous energy improvement project, Hiland Dairy's Norman, Okla., plant achieved an energy savings of nearly 1.1 million kWh or 12.2%. The energy saved is equal to the removal of 769 metric tons of greenhouse gas emissions or 1,134 single-family homes' energy usage for a year.

All of Hiland Dairy’s processing plants have implemented sustainability efforts primarily through recycling and water conservation. Participation in energy savings goes hand in hand with those efforts and is another step in the direction for sustainability, according to the dairy processor. With Oklahoma electrical plants at full capacity and by reducing the dairy plant’s energy, Hiland helps Oklahoma Gas & Electric (OG&E) avoid building new power plants and allows the utility company to keep electricity affordable for residents.

A retrofitted LED lighting system cost $110,000, but Hiland received $55,000 back from an OG&E grant. In addition, OG&E provides a 2-cent rebate for every kWh of energy saved, which amounted to $21,751.40 in 2019. Plus, $57,859 in annual savings were achieved due to reduced energy usage. “The grant, rebate, and energy savings made the cost of the project negligible,” says Norman Plant Manager Steven Boydston.

Energy-management coaches suggested behavioral modifications, such as thermal and lighting controls, and engineering controls, such as reducing runtime on equipment through efficient measures. Other changes included updating the thermostat system from standard mercury to programmable digital thermostats, changing parameters on the refrigeration system, decreasing and increasing some parameters to reduce energy use of compressors, and using sunlight on bright days to harvest daylight and reduce usage of some lights.

Hiland employees formed an energy team, wrote a charter, and started working on ways to satisfy recommendations. All dial points were set at exact numbers, and manufacturing-process refrigeration was set at a more appropriate degree. Energy team members were trained on how to use ultrasonic leak detector tools.

“A sense of teamwork was established at the plant,” says Boydston. “The energy team always thinking of ways that the plant can be more sustainable.” Other Hiland plants have adopted similar programs.

For this project, Hiland Dairy’s Norman, Okla., plant received a third-place honor in ProFood World’'s annual Sustainability Excellence in Manufacturing Awards. The awards ceremony will be held at PACK EXPO International in November 2020.

With the start of its sustainability program in 2021, the food processor measured its baseline and collected information on all materials flow. This data lets the company know what it is not yet diverting from the landfill and focus on improvement.
Joyce Fassl
Jul 6th, 2022

The company has recognized employees from across the organization through the presentation of its annual Sustainable Development Awards.
Morgan Smith
Jun 7th, 2022

In the report, the company commemorates 20 years of sustainability leadership, outlining its progress in achieving its ongoing sustainability goals and initiatives.
Morgan Smith
May 27th, 2022

The company is committing to a sustainable future with a transition to 100% recycled plastic bottles and shifting more than 90% of its electricity needs to renewable energy.
Morgan Smith
May 24th, 2022

To commemorate its achievements, KIND will be hosting the first-ever virtual Bee Day Bash, in collaboration with TikTok, in honor of World Bee Day (May 20).
Morgan Smith
May 19th, 2022

Given current supply chain obstacles, it has been difficult getting products to consumers around the world. But the fact remains that U.S. dairy producers have great opportunities and need to drive the sustainability and food safety narrative.
Aaron Hand
May 9th, 2022
More in Sustainability

Wind and solar projects, such as the one in Minnesota, are helping the company meet its 20 By 30 Challenge renewable energy goal of matching 100% of its global energy use with renewable sourcing.
Morgan Smith
Apr 26th, 2022

Walmart to Connect Suppliers with Brands for Sustainable Packaging Innovation

Conagra brand Evol has committed to be the first brand to introduce Carbonfree-certified carbon-neutral single-serve frozen meals, which will be produced in a TRUE-certified zero-waste facility.
Morgan Smith
Apr 18th, 2022

Yili, which has the first net-zero factory in China’s food industry and the first two net-zero factories in the Chinese milk powder industry, has launched a plan to achieve carbon neutrality across its industrial chain before 2050.
Morgan Smith
Apr 12th, 2022

The Off The Eaten Path bag is unique in that the entirety of the materials used—the print web, barrier sealant webs, inks, and adhesive—had to meet current, often stringent, third-party certification requirements for industrial compostability.
Anne Marie Mohan
Mar 24th, 2022