The site will focus on innovation in agriculture, including testing cutting-edge technology, to help the business more effectively tackle the impacts of climate change.

McCain Foods has unveiled plans for a Farm of the Future in South Africa, on which it will grow 125 hectares of potatoes per year for use across the country. The farm will focus on enhancing productivity, while testing cutting-edge technology to improve soil health and reduce water use, greenhouse gas emissions, and agro-chemical impacts across the country. Biodiversity also will be introduced and preserved.

The farm presents the potential to grow multiple crops per year and innovate with irrigation technology in a water-scarce region, as well as dealing with the challenges arising from the presence of soil-borne pests and diseases. The learnings at the site will potentially be transferred to other parts of the world, including China, India, Australia, New Zealand, Argentina, Brazil, and Colombia. All of the potatoes grown on Farm of the Future Africa will be made into French fries and other frozen potato products for consumers across Africa.

Farm of the Future Canada in Florenceville, New Brunswick, has produced strong yields after one year in operation, and fertilizer application at the site is down by more than 16%, mainly in nitrogen and phosphorous, compared to typical McCain farmers in the area. The reduction helps cut greenhouse gas emissions by approximately 2% compared to farmer historical average.

“This is a critical moment,” says McCain CEO Max Koeune. “The strain that global supply chains are under right now is shining a stark light on how exposed we are, with a food system that requires a radical transformation to address the challenges of our century.”

McCain plans to open three Farms of the Future in different growing regions around the world by 2025 as part of its global commitment to implement regenerative agricultural practices across 100% of its potato acreage by 2030. 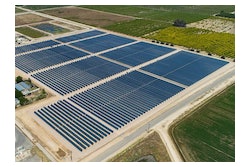 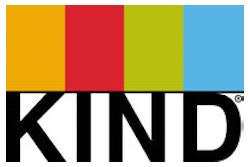